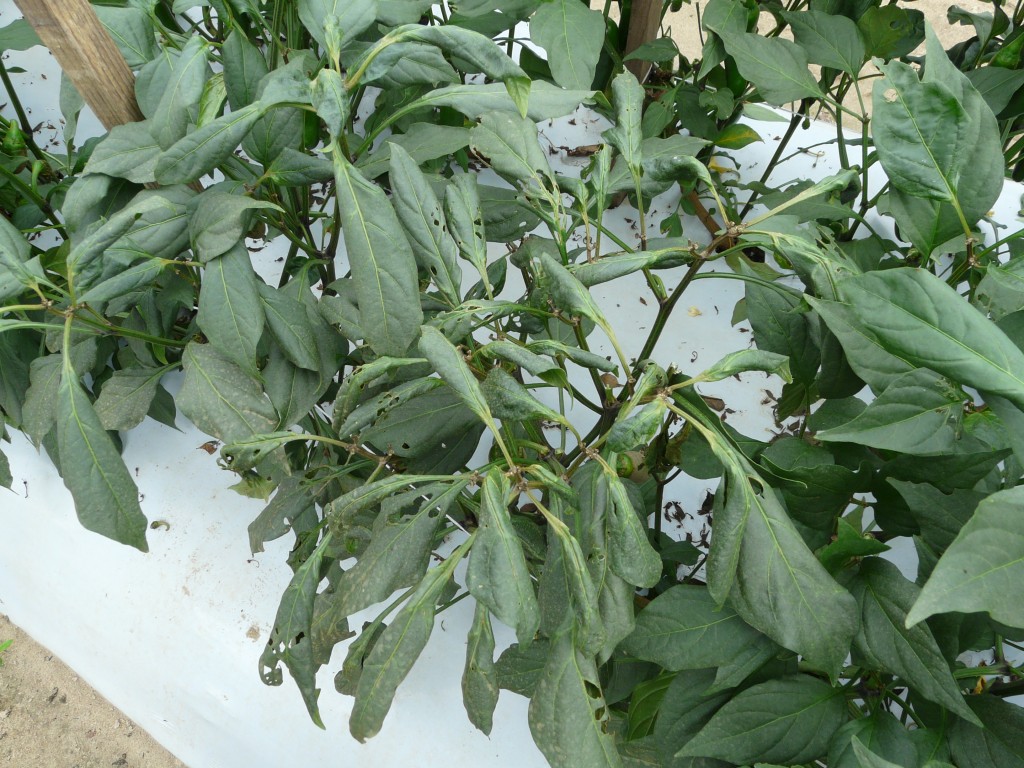 A microscopic pest is becoming a giant-size problem for pepper and eggplant growers in the Southeast.

“I would say they’re becoming much more of a consistent pest than they’ve been in the past. Ten or 15 years ago, it was relatively rare to run into them, but we pretty much have problems with them every fall now,” Sparks said. “They’re more of a fall pest. I think I’ve only seen them maybe once or twice in the spring. But in the fall, as it cools down, they like the cooler, humid weather.

“They’re not like spider mite, which likes it hot and dry. They’re a summer problem. Broad mites like it a little cooler and humid.”

Broad mites have a wide host range. According to UGA Extension, broad mites’ host range consists of 60 families of plants. But where Southeast growers experience the most impact is in peppers and eggplant. Damage is especially severe in bell peppers. It is caused by secretion of a plant growth regulator or toxin as the mite feeds, and extensive damage can happen at very low pest density.

The result is distorted growth and distorted fruit, which renders the commodity unmarketable.

Broad mites can cause severe damage at low populations. Since it is very tiny, growers won’t know they have a problem until observe damage. Then it has been there two weeks.

“You’re just behind the eight ball at that point already. Catching up is more difficult as well,” Sparks said.

Producers have chemistries that are effective against broad mites but are limited as far as modes of action.

“If we get into resistance problems with them, it will become a severe problem as well,” Sparks cautions growers.