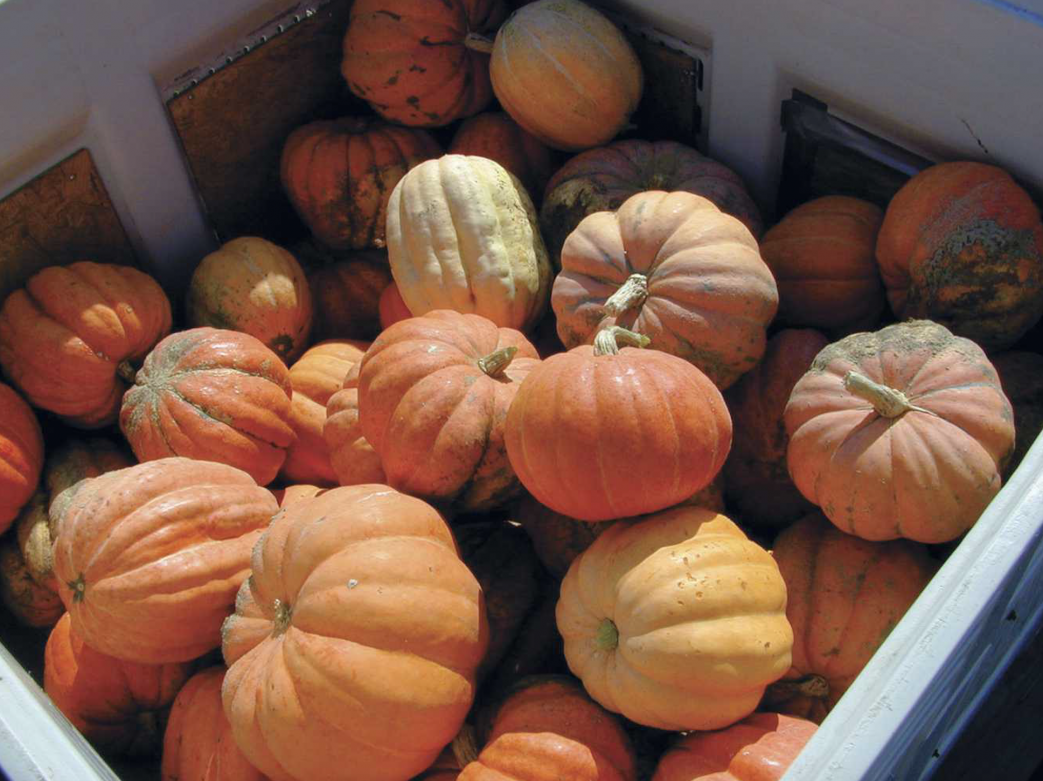 By Cecilia McGregor and George Boyhan

Cucurbit crops are some of the most widely grown vegetable crops in the Southeast. However, the hot and humid climate is conducive to pest and disease development, which presents a challenge to growers. Cucurbit breeding at the University of Georgia (UGA) is focused on breeding pumpkin, watermelon and squash with excellent fruit quality and enhanced disease resistance.

Pumpkins are an important crop in the United States, particularly as decorations during the fall. Unfortunately, pumpkins are difficult to grow in the Southeast because of diseases. There are several diseases (particularly viruses) that affect traditional pumpkins. These diseases are transmitted by aphids in a non-persistent way. This means that as soon as the insect probes the tissue, the virus is transmitted. Control is difficult, because even with 90 to 95 percent insect control, the remaining 5 to 10 percent can effectively infect the crop.

UGA began a breeding program in 1996 with a collection of pumpkin seeds from Brazil. Seed from both elongated and flattened fruit of Cucurbita maxima were obtained and interplanted. Putative hybrids were collected. This began several years of selection for fruit with a round shape, pleasing color and open cavity. These pumpkins have a greater degree of virus resistance compared to traditional pumpkins (C. pepo), so they produce more consistently.

The resulting variety, Orange Bulldog, was released in 2006. Since there was no interest among seed companies, UGA has been handling sales. The primary audience for this variety is pick-your-own and roadside marketers. The vines hold up particularly well into the fall for direct marketers that “reseed” their pumpkin patch with new fruit each day.

UGA is also actively breeding for gummy stem blight and fusarium wilt resistance in watermelon. Resistance to gummy stem blight was first described in 1962 when it was discovered in a wild relative of watermelon, Citrullus amarus. This is the same species that was used to breed the fusarium-resistant, non-harvested SP pollinizer cultivars.

Breeding disease resistance into commercial, edible cultivars from this wild germplasm has proven difficult since the wild relative has hard, inedible flesh. This is further complicated by the fact that there are different species of the Stagonosporopsis pathogen that cause gummy stem blight and different races of Fusarium oxysporum var. niveum that cause fusarium wilt. The resistances to these diseases are quantitative, meaning that a single resistance gene does not give field-level resistance to the diseases. All these factors have delayed the development of cultivars resistant to these diseases.

In addition to these disease-resistance breeding efforts, UGA breeds cultivars specifically for homeowners and farmers’ markets. The focus here is on novel traits like a variety of flesh colors and rind patterns and the egusi seed trait.

Egusi watermelon is very popular as an oilseed crop in many parts of Africa. The seeds are very high in oil (40 to 50 percent) and protein (25 percent) and are eaten as snacks or as a thickener in soups and stews. Egusi seed is large and flat with a unique fleshy outer layer that dries into a very thin seed coat that can easily be shelled. Traditional egusi watermelon has hard inedible flesh, which goes to waste. UGA is breeding egusi watermelon with edible flesh. These plants will produce fruit that pack the health benefits associated with the antioxidants in red- and orange-fleshed watermelon while also being a source of high oil and protein seed.

In 2019, UGA started a squash breeding program. This program was launched in response to the severe yield losses experienced by Georgia growers in recent years due to whiteflies and whitefly-transmitted viruses.

The sweetpotato whitefly (Bemisia tabaci) can directly cause yield losses in many different crops due to feeding, but an even bigger cause of yield losses are the viruses it transmits. Sweetpotato whiteflies can transmit more than a hundred different viruses. Cucurbit leaf crumple virus (CuLCrV) and Cucurbit yellow stunting disorder virus (CYSDV) are some of the most important to squash growers.

Commercial squash cultivars have proven to be very susceptible to these viruses, and sources of resistance have not been identified. UGA, in collaboration with the University of Florida, has started large-scale evaluations of squash germplasm from all over the world in search of resistance. Several genotypes with resistance to CuLCrV and CYSDV were identified in 2019 and are now being evaluated further for use in the breeding program.

The UGA cucurbit breeding programs are committed to developing cultivars well adapted to the Southeast, with high disease resistance and exceptional fruit quality for both large- and small-scale growers in the region.