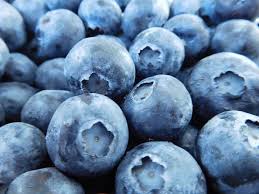 Blueberry industry leaders were disappointed its farmers were not included in category 1 of the Coronavirus Food Assistance Program. They hope to rectify the situation during the 30-day comment period that the USDA has allowed for feedback.

“Where we landed with the direct payment program, obviously we learned (two weeks ago), it was disappointing because the one category that would really capture the impact on the U.S. grower was category 1,” said Alicia Adler, vice president of the U.S. Highbush Blueberry Council (USHBC) and the North American Blueberry Council (NABC). “Obviously, categories 2 and 3, we were included with direct payment rates in those categories, but it was really category 1 that would capture the impact.”

When the USDA issued CFAP on May 21, it allowed for a comment period. This could lead to amendments being made to the guidelines set forth for blueberry producers. That is what industry leaders are hoping for.

“We submitted comments that still show decline in 2020 was steeper than in 2019 but also capture that daily price data which shows a 60% price decline between mid-March and mid-April. That was directly a result of the COVID crisis and literally the market closure,” Adler said. “We know that they are reviewing comments as they come, and we are anxious to learn if we’ll be included in category one and what the next steps are for that category.”

Adler said the earliest blueberry production is from mid-March to mid-April which showed decline due to the coronavirus pandemic. Florida represents more than 85% of production during that timeframe.

USDA is accepting applications through August 28, 2020. Learn more at farmers.gov/cfap.