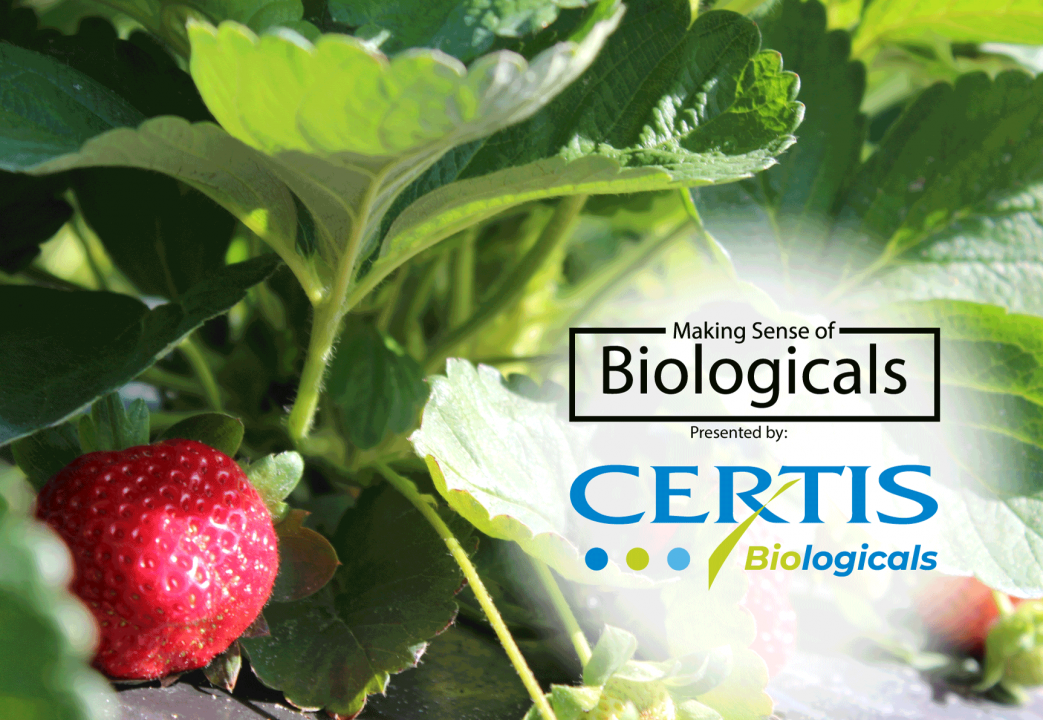 Conventional chemistries are required to produce a profitable and sustainable crop in the Southeast. However, the lifespan of such chemistries is not always known. At some point, they will not be effective. At the rate vegetable and specialty crop growers use available fungicides and insecticides, resistance is a concern.

A way that growers can extend the life of the chemistries already in use is through biologicals, says Karla Medina, field development manager for Certis Biologicals.

“I truly believe that it is important to have options that are more sustainable, meaning that they’re less likely to put pressure on pathogens developing resistance to the traditional chemistries,” Medina says. “I see a fit not only because they’re more sustainable options, but they can also extend the life of existing chemistries that provide good control as well.”

Medina says biologicals are products that can be used in conventional or organic production systems. They are derived from microbial origin, or they can be botanical or biochemical.

The role of biologicals as plant defense activators is what makes them potential game-changers for the vegetable and specialty crop industry. These are products that trick the plant into thinking it is under attack and then help regulate its internal defenses. This is especially important in disease management programs. LifeGard® is one Certis product that provides control of bacterial diseases in tomatoes, onions and other fruiting and tree crops.

Fungicides and bactericides have increasingly developed a tolerance or resistance problem in a wide range of crops. “A good example of this issue is bacterial diseases of fruiting vegetables. Especially in the Southeast, we’re starting to see some issues with tolerance to copper, a product that is considered to have a multi-site mode of action,” says Greg Rogers, field development manager at Certis Biologicals. “This means it attacks a disease in many different ways — making tolerance less likely. Unfortunately, since it’s been one of the few tools available to manage bacterial disease in tomatoes, growers have used it repeatedly. This situation makes it possible to develop a tolerance to this mode of action. When this happens, you’re left with diseases that you can’t control.”

Right now, there are few products other than copper to control bacterial disease. Many of the most important crops, such as apples and tomatoes, will develop devastating bacterial diseases if left uncontrolled. One alternative mode of action is induced response products, which help regulate the internal protection in the crop.

“What we’ve seen across the board, not just with LifeGard, but with other companies’ induced response products, is that they are very powerful tools for the management of bacterial diseases,” says Rogers.

Unlike copper, many conventional products have a single-site mode of action or are a mix of two products with single-site modes of action. This means they attack a single biological function. It is very specific and comparable to a lock and key. If you change one little tumbler in the lock, the key won’t work.

“Single-site mode of action products are vital to much of the industry. They’re the big guns. They’re the ones you really rely on to control disease,” Rogers says. “But they’re prone to resistance. You must be very careful in how you use them. A lot of them are limited. You can only use them so many times in a year.”

Rogers believes the future of biologicals is now. “I think it is an essential pillar in the total house of disease and pest control,” he says. “We’ve seen in our tree fruit and vegetable research that if you integrate biologicals into your program, you can reduce the reliance on some of these other products, and you can get as good or better control than you do with just conventional products.”