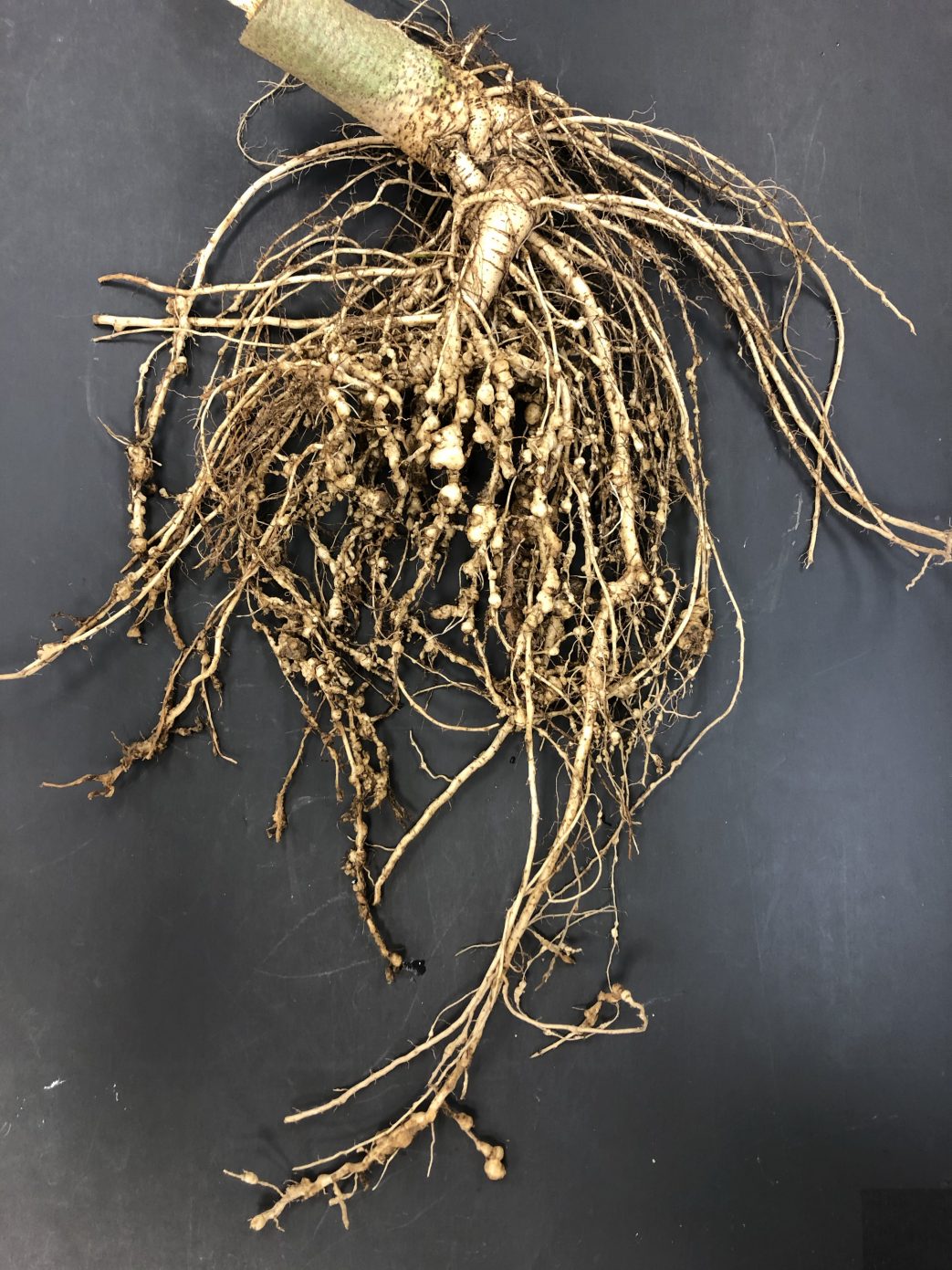 While weeds and plant parasites are a concern for all agricultural producers, organic farmers are doubly challenged to combat these problems without chemical solutions. Through a grant from the U.S. Department of Agriculture, a University of Georgia researcher is working to discover and integrate biological products and cover crops to control nematodes and weeds in organic vegetable production.

Since joining the UGA College of Agricultural and Environmental Sciences in 2017, assistant professor of plant pathology and UGA Cooperative Extension nematologist Abolfazl Hajihassani’s lab has surveyed more than 400 vegetable fields in 29 Georgia counties for plant-parasitic nematodes and found 10 genera of nematodes. Hajihassani’s group found that root-knot nematode is the most prevalent based on distribution, soil population density and incidence, which is why he has focused his research on this particular pest.

“In certified organic production or on farms transitioning to organic, growers are not allowed to use chemicals. Producers have to use non-chemical procedures, which means that their management approach is very limited,” said Hajihassani, project director for the grant. “In this project we are trying to integrate a couple of techniques that we know have some efficacy as a single technique against nematodes and weeds to see if combining these strategies will result in the best management of nematodes and weeds and a higher crop yield than the growers’ standard practices.”

The three-year, $500,000 grant is part of the National Institute of Food and Agriculture’s (NIFA) Organic Transitions Program (ORG), which is designed to improve the competitiveness of organic livestock and crop producers, as well as those who are adopting organic practices.

Root-knot nematodes can enter a plant’s roots and move through its cells, where they grow, produce eggs and cause the roots to swell. This reduces the plant’s growth and yield potential in a relatively short timeframe and can lead to severe yield losses for organic farmers. South Georgia’s sandy soils allow root-knot nematodes to reproduce frequently because they can move easily through the soil’s loose texture and infect almost all vegetable crops. If the nematodes can’t be controlled in organic production systems, the producer may have to abandon the field and move operations to an uninfected area.

As part of the study, the team will cooperate with Raffi Aroian, a professor of molecular medicine at University of Massachusetts Medical School to identify native strains of Bacillus thuringiensis (Bt) crystal proteins, which have nematicidal tendencies against root-knot nematodes.

“The lab we are working with at the University of Massachusetts Medical School has been working on Bt strains for years, but they have never used these strains against plant-parasitic nematodes. They are going to give us some strains that have had efficacy against nonparasitic nematodes and we will screen those strains in the lab and greenhouse to find out the most effective for root-knot nematode control,” Hajihassani said.

In addition to the Bt strains, the team will research the use of entomopathogenic nematodes (EPNs) — nematodes that can kill other nematodes — and their bacterial metabolites to try to control root-knot nematodes.

“There are two known species of entomopathogenic nematodes that produce bacterial metabolites and we are trying to find out which one of those species or their metabolites have nematicidal efficacy against the root-knot nematode,” Hajihassani said.

Because weed control is another concern for organic production and farmers cannot use chemical herbicides, the team will test several cultivars of summer and winter cover crops in the field for the greatest nematode- and weed-suppressive qualities.

“We know which species and cultivars of winter and summer crops have suppressive effects against different common species of root-knot nematodes, in particular the southern and peanut root-knot nematodes. In field conditions, we need to find out the optimum timing for cover crop termination in our environments to get maximum suppression of weeds and nematodes,” he said. “Understanding the role of all these factors will help us integrate the best practices of cover cropping with the most effective bacterial or microbial combinations and commercial biological products for the control of nematodes and weeds in organic vegetable production systems.”

For more information on research being performed by the Hajihassani Nematology Research Group, visit site.caes.uga.edu/nema.