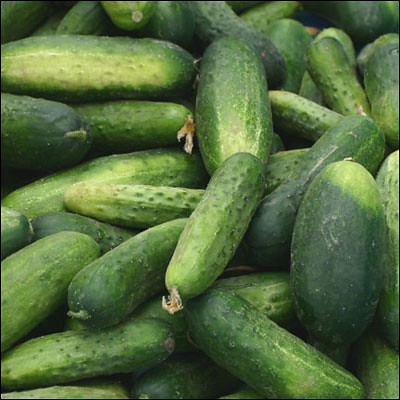 Due to persistent issues affecting cucurbits, experts at NC State are aiming to improve cucumber and watermelon varieties. Todd Wehner, a horticultural science professor at NC State, is working to provide cucurbits that are resistant to downy mildew and gummy stem blight.

“There’s a new strain of downy mildew that has been knocking at (cucumbers) in the Southeast as well as the Midwest,” Wehner said, attributing some work on cucurbits to researchers at Cornell University and University of Wisconsin-Madison. “We have also identified the genes that are responsible for resistance. They’re available now, and we’re starting to release those for industry use.”

Wehner collects germplasm from around the world in order to evaluate traits like yield, flowering, disease resistance and chilling tolerance. Before sharing the improved breeding lines and varieties, he wants to make sure they’re just right.

“We’re putting together the releases this winter for the cucumbers and watermelons, (but) they’re not quite ready for growers (yet)” Wehner said. “The quality isn’t quite good enough, but they’ll be much easier to use to develop resistant varieties since they’re resistant and have qualities that are in the same line.”

When it comes to watermelons, gummy stem blight is a major issue that NC State researchers are working to help combat.

“We’ve put a lot of work into gummy stem blight resistance,” Wehner said. “We started out trying to back-cross resistance into adapted lines, but that didn’t work, so we developed a population that’s been inter-cross for quite a while.”

Growers have expressed a desire for specialty melons with improved traits, which researchers are working to release.

“We’ve been asked by the growers to release more sprite-type varieties because there’s a pretty good market for that in the Southeast,” Wehner said.