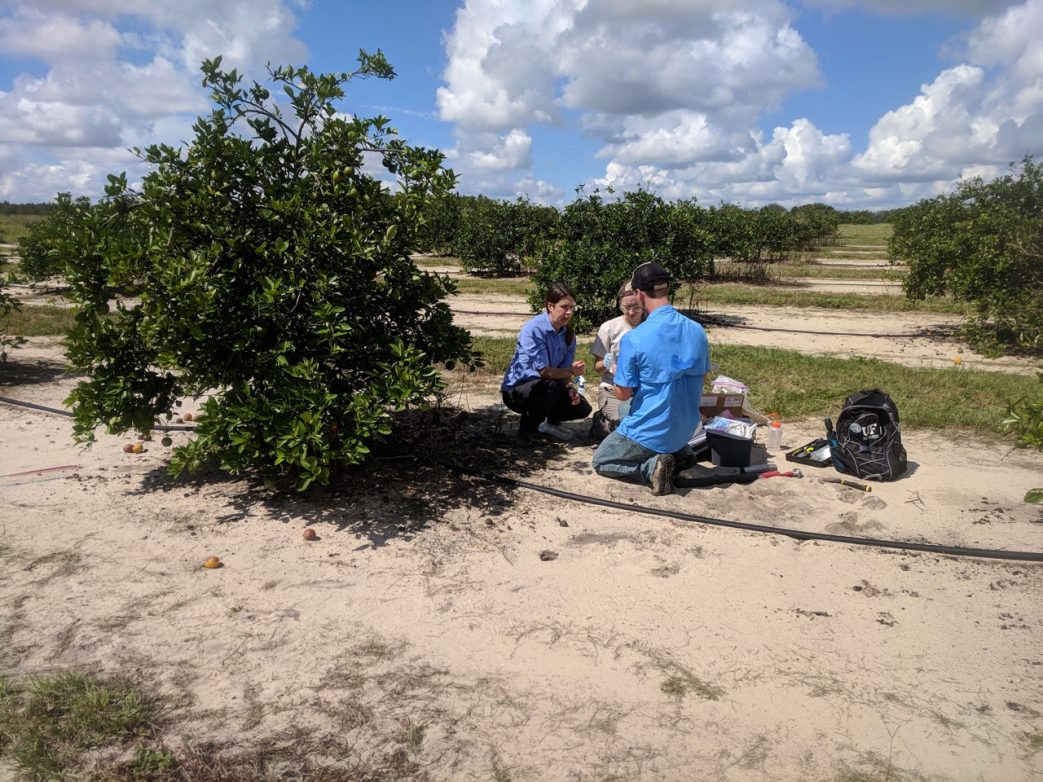 IMMOKALEE, Fla. (UF/IFAS) — Like much of what lies just beneath the earth’s surface, soil microbes present a mystery. University of Florida scientist Sarah Strauss seeks to help untangle the web of intrigue surrounding soil microbes to improve agricultural production in Florida and globally.

“There are microbial activities going on that we don’t exactly understand. It’s known as the ‘black box’ in soil,” said Strauss, an assistant professor of soil and water sciences at the UF/IFAS Southwest Florida Research and Education Center in Immokalee, Florida. “One thing that we’re now realizing is that microbes have the potential to play a really large role in crop production – whether it’s helping combat soil-borne diseases that are a really big problem in agriculture or whether it’s actually increasing plant growth.”

Farmers use fertilizer to put nutrients into their soil to help crops grow. When nutrients get into the soil, microbes can help plants grow by changing nutrients into other forms, such as nitrate or ammonium, that plants either use or are leached out of the soil, Strauss said. Other microbes give the soil more nutrients by providing new sources of nitrogen that can also benefit plants.

Soil microbes also include pathogens — such as bacteria and fungi — that cause diseases in plants. So, Strauss is trying to discover which underground microbes are good for crops and which hinder their growth.

Strauss works on soil microbes to improve citrus and vegetable production, primarily in Florida, but data from many of her experiments could be applied to crops all over the world.

To solve parts of the microbial mystery, Strauss and her colleagues use DNA sequencing technology.

To get those DNA sequences, Strauss and her team take soil samples and bring them back to the lab. Those samples provide key evidence in Strauss’ research, and she’s studying plenty of aspects of soil microbiology.

In one experiment, Strauss studies how cover crops, such as legumes, which are planted during the fallow season, can improve soil health by adding nutrients beneath the ground. Such nutrients help soil retain more moisture, preventing erosion and making nutrients more available for the next round of crops.

Strauss is also working on a four-year, $450,000 USDA grant from the federal Agriculture and Food Research Initiative, part of the USDA. With the funding, she’s conducting research with Patrick Inglett, a UF/IFAS associate professor of soil and water sciences in Gainesville and Catherine Reardon, a microbiologist with the USDA’s Agricultural Research Service in Pendleton, Oregon. The scientists are studying biocrusts, thin layers of bacteria, fungi, moss and algae that grow together on the surface of some soils.

So far, researchers have found that the biocrusts appear to improve the nitrogen concentrations in soils in some citrus groves. Next, they want to find out how much nitrogen the microbes can make, whether this is enough nitrogen to help plants grow and if the nitrogen from the crusts is being used by the trees.

“If we can better understand the interactions between these microbes and plants, we might be able to alter soil conditions to increase the positive interactions — those that benefit crop production — and minimize the negative interactions such as diseases, loss of nutrients such as phosphorus and nitrogen,” Strauss said.