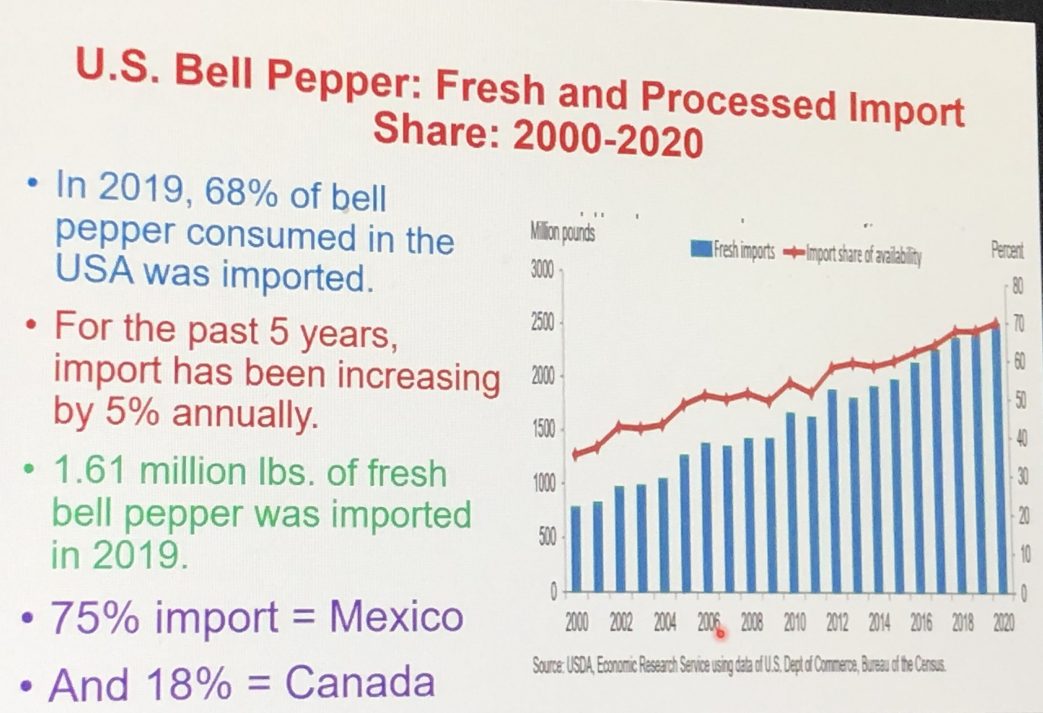 One vegetable commodity at the center of an investigation pertaining to its imports from other countries was highlighted during Georgia’s Ag Forecast meeting last Friday.

Greg Fonsah, University of Georgia Agribusiness Extension economist, pointed out how significantly bell pepper imports have increased over the past two decades.

In 2019, 68% of bell peppers that were consumed in the U.S. were imported, amounting to 1.61 million pounds. Bell pepper imports have increased by 5% annually for the past five years. Most of the imports originate from Mexico, 75% in fact, with Canada contributing 18%.

Encouraged by Congressional support, the U.S. Trade Representative requested a Section 332 investigation last November to the U.S. International Trade Commission into the imports of strawberry and bell pepper.