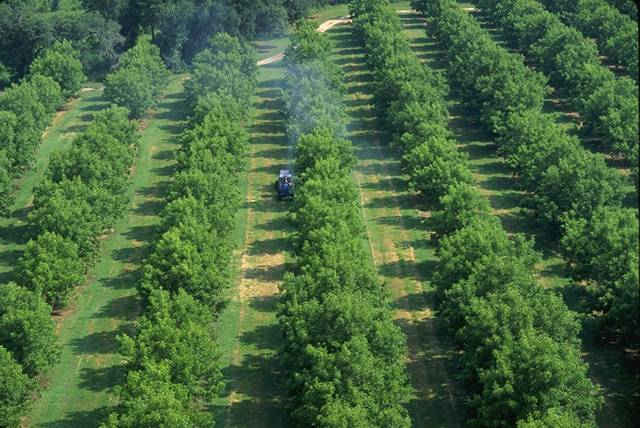 Foliar sulfur sprays applied during June and July can provide multiple benefits for pecan production. They include the suppression of mite populations and increasing nut size. Sulfur may also help suppress some minor foliar diseases and aid in scab suppression on cultivars with moderate scab resistance.

While foliar sulfur sprays have proven advantages, though, growers should be wary of applying sulfur as a foliar spray when temperatures are between 95 degrees Fahrenheit (F) and 100F, according to the University of Georgia (UGA) Extension blog. Southeast producers could encounter these temperatures this week.

The most proven benefits of foliar sulfur sprays are mite suppression and an increase in nut size. Mite populations are normally higher late in the season and the impact of sulfur on nut size can be realized with sprays anytime during the nut-sizing period, which extends until mid-August.

Growers should not feel pressured to apply sulfur sprays now. Under the current high temperatures, sulfur may cause more damage in the form of burned foliage than any potential benefits it may provide.