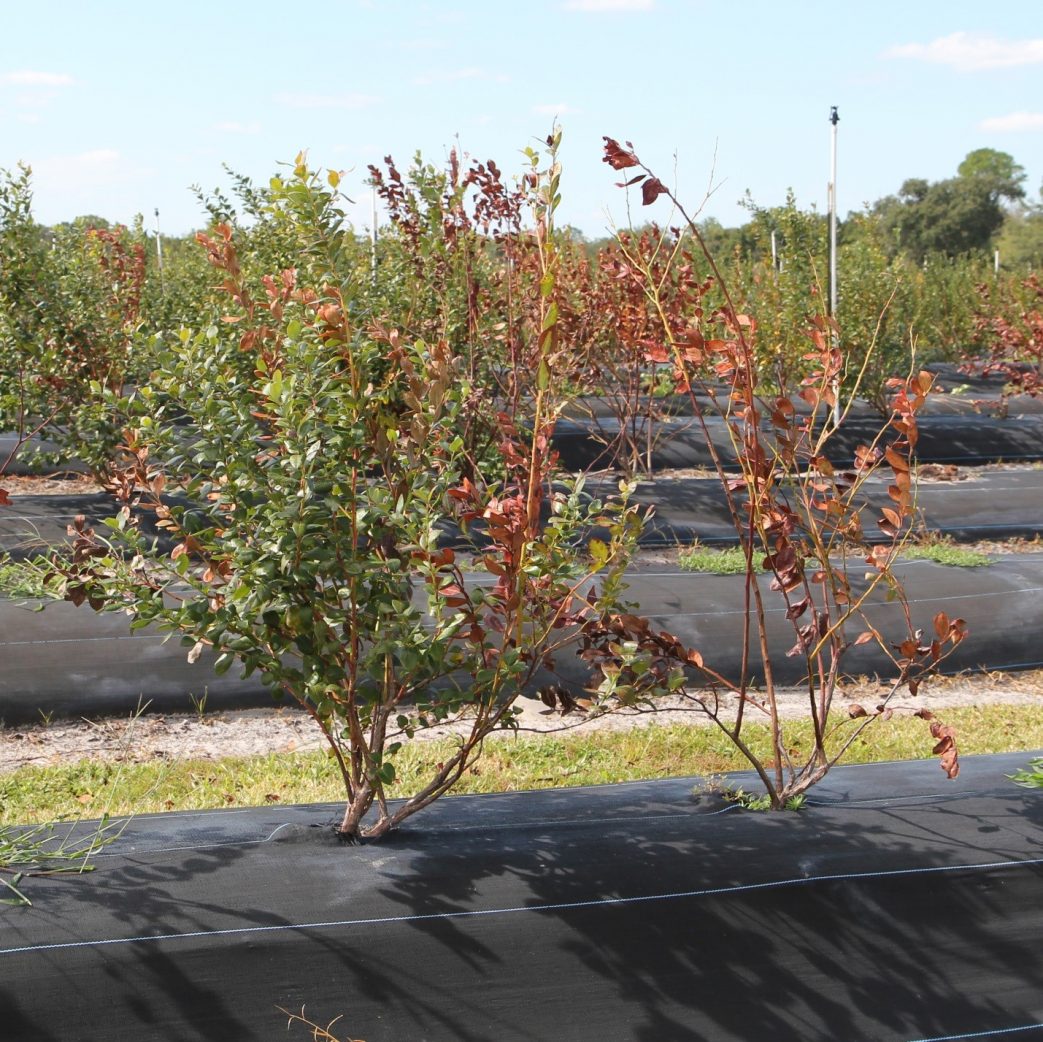 Bacterial wilt disease is a relatively new problem for Florida blueberry farmers, according to Phil Harmon, professor and Extension plant pathologist at the University of Florida.

He said that though the ralstonia pathogen, which causes bacterial wilt in other Florida crops like tobacco, tomato and pepper, has been around for more than 100 years, some blueberry producers are now dealing with the disease. Harmon emphasized that bacterial wilt is currently “fairly small and located on a handful of farms.”

“It’s affecting a handful of varieties. At the moment, it’s new. We’re concerned about it, but the ultimate impact of the industry has yet to be determined,” Harmon said. ““This is the first time we’ve seen it on blueberry since 2016. It doesn’t affect that many woody plants or perennial fruit crops, in particular. That’s the new part of this, so we’re not sure. We know we’re scared of it in vegetables and tobacco production. We certainly don’t want to see that sort of thing develop in blueberries.”

The pathogen attacks the plant roots and limits the plant’s ability to consume water. This leads to wilting and marginal leaf burn.

The disease’s presence is high on Harmon’s research radar because of how prevalent the blueberry industry in Florida has become. Between 7,000 and 8,000 acres are in production throughout the state. One cultivar that has been impacted by bacterial wilt is Arcadia, which was released by the University of Florida in 2015.

“It’s one that gives us good production options in the southern part of the state where our production’s increasing, and it’s one we don’t want to lose to a new disease where we really don’t know what the ultimate impact is going to be,” Harmon said. “That’s why we’re trying to get out ahead of it and trying to understand where it’s going to have its impact and try to prevent that from occurring where we can.”

Harmon’s research focuses on finding practical solutions and understanding how the pathogen moves and gets into plants; why it affects certain varieties and not others; and on selecting varieties in the breeding program with professor Patricio Munoz to develop cultivars that have the positive benefits of Arcadia but are also resistant to the disease.

For more information about the University of Florida blueberry breeding program, see https://www.blueberrybreeding.com/.