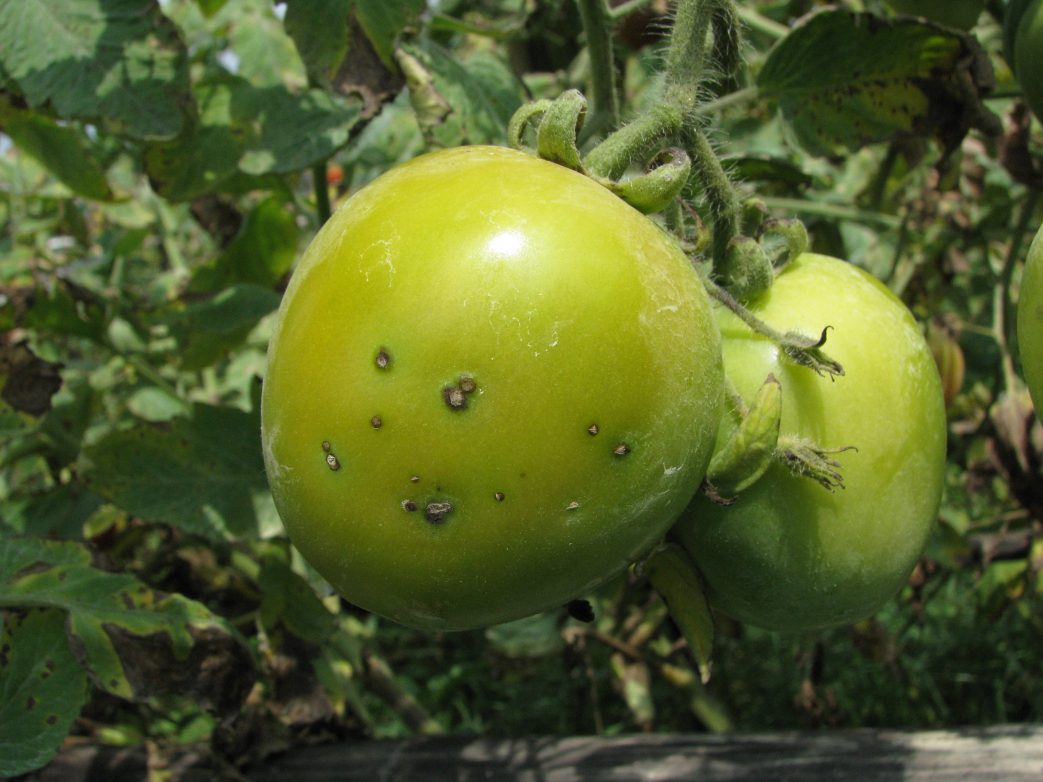 Bacterial spot in tomatoes has been observed in various locations in Alabama, according to Ed Sikora, professor and Extension plant pathologist in the Department of Entomology and Plant Pathology at Auburn University.

He believes the excess rainfall and abnormal temperatures contributed to the disease being more problematic this year.

“I think this year with the moisture we’ve had this spring and slightly cooler temperatures, I think it’s more of a problem than normal. In talking with the growers, it appears to be a yearly problem,” Sikora said. “We were in these fields four weeks ago and we had a fairly hard time finding the disease, it would just be in small pockets. Then (last week) when I was out sampling in Mobile (Ala.), it was throughout the field to the top of the upper canopy of the plant. It can move pretty swiftly.”

What is bacterial spot?

According to University of Georgia Cooperative Extension, bacterial spot attacks the stems, petioles, leaves and fruit. Spots are circular and brown and become water-soaked during periods of heavy rains. Symptoms on the fruit itself are tiny raised blisters.

“You can get some defoliation, some blight of the leaves, which I think can have an effect on yield. How much? I do not know. It can get to the fruit, you can get some fruit lesions,” Sikora said. “That can make them unmarketable.”

The disease is spread by rain, workers and tools. The best method for control is to rotate crops and field sites and remove any plant debris and eliminate potential hosts.

“Typically, the disease will often come in on transplants, so it’s very hard to control in the transplant house. Sometimes it can survive on debris in the field,” Sikora said. “Some of these growers are not rotating, they just don’t have the room.”

Sikora estimates that between 75% and 80% of populations of the disease pathogen are resistant to copper, which has been the chemical product of choice for growers. It will keep the populations down but does not clean it up entirely. Tomato growers are tolerating the disease instead of controlling it completely.

“They’re seeing the same problems in Florida and I’m sure Georgia and other places. This resistance is not a new phenomenon, but it’s been developing over time. Growers will still be spraying copper and hopefully they can knock down populations a bit,” Sikora said. “Probably our best bet will be developing resistant varieties. The same disease also goes to peppers. But when you start searching peppers, you’ll see that peppers, certain varieties have resistance to this pathogen. If you have a resistant variety, you don’t have to worry about spraying copper. At this point, I don’t recall any bacterial spot resistant tomatoes on the market.”