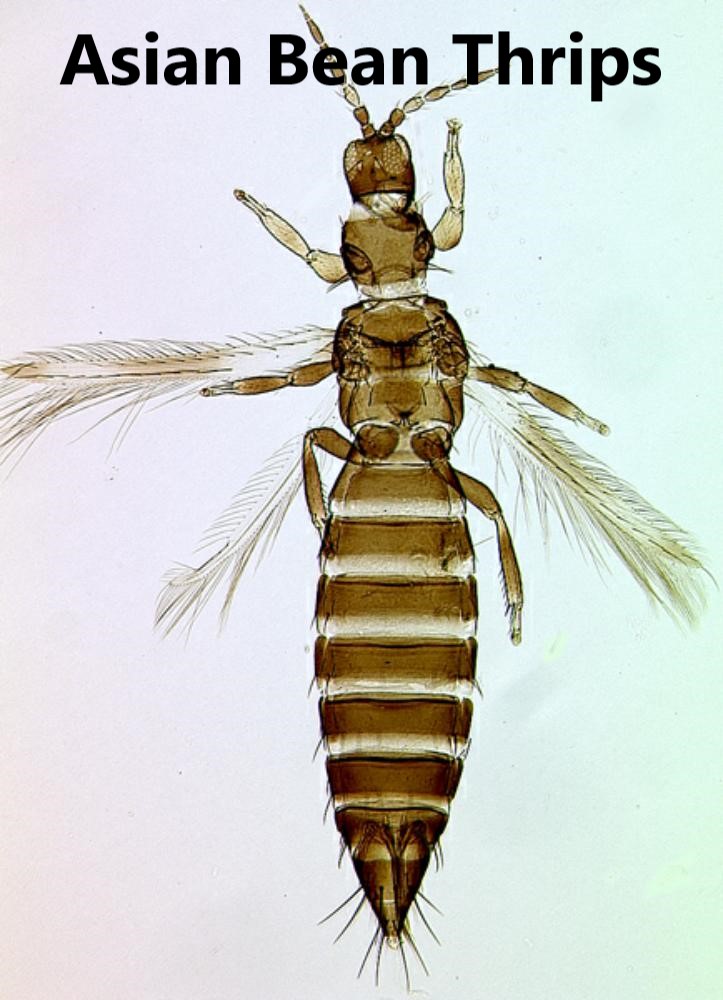 South Florida bean producers continue to contend with Asian bean thrips (ABT) populations. According to the University of Florida/IFAS, populations vary from farm to farm and planting to planting.

In southeastern Hendry County, populations averaged 0.1 ABT per bud and 0.2 to 0.5 ABT per bloom. Even the older plantings had reached counts totaling 2.2 ABT per bloom. Because of record numbers in one field, the crop was disced due to low pod set and damage to pods.

In northeastern Hendry County, ABT populations totaled as high as 2.0 ABT per bloom and early pod development stages, while in the central part of the county, populations have declined and are now at 0.1 to 0.3 ABT per bud or bloom.

Sneap bean plantings are still young in southern Martin County. ABT has not been reported.

Beans were harvested and young peas were not scouted in northern Collier County.

Damage from high populations can happen at budding. Therefore, populations must be monitored earlier in the growth cycle. There is currently no research to support thresholds for management. Some scouts are using 1.0 to 3.0 ABT per bloom for reference.

Prevention is one of the main components of any Integrated Pest Management program. These measures include cultural control, like sanitation, utilizing resistant varieties, and establishing crop free periods. It is also important to eliminate alternate hosts.

In Homestead, this is a huge problem for snap bean growers, as there are many specialty legumes that are grown for ethnic markets scattered around the area providing year-round hosts for the Asian bean thrips.

In other snap bean producing areas such as Palm Beach and Hendry Counties, there are few cultivated hosts. Weeds become the source of inoculum from one season to the next. The fecundity (ability to produce an abundance of offspring) of the thrips on these weed hosts, combined with the amount of these weed hosts in a given region, determines the base population level of the pest. Reducing weed hosts is critical in reducing the base population of Asian bean thrips.