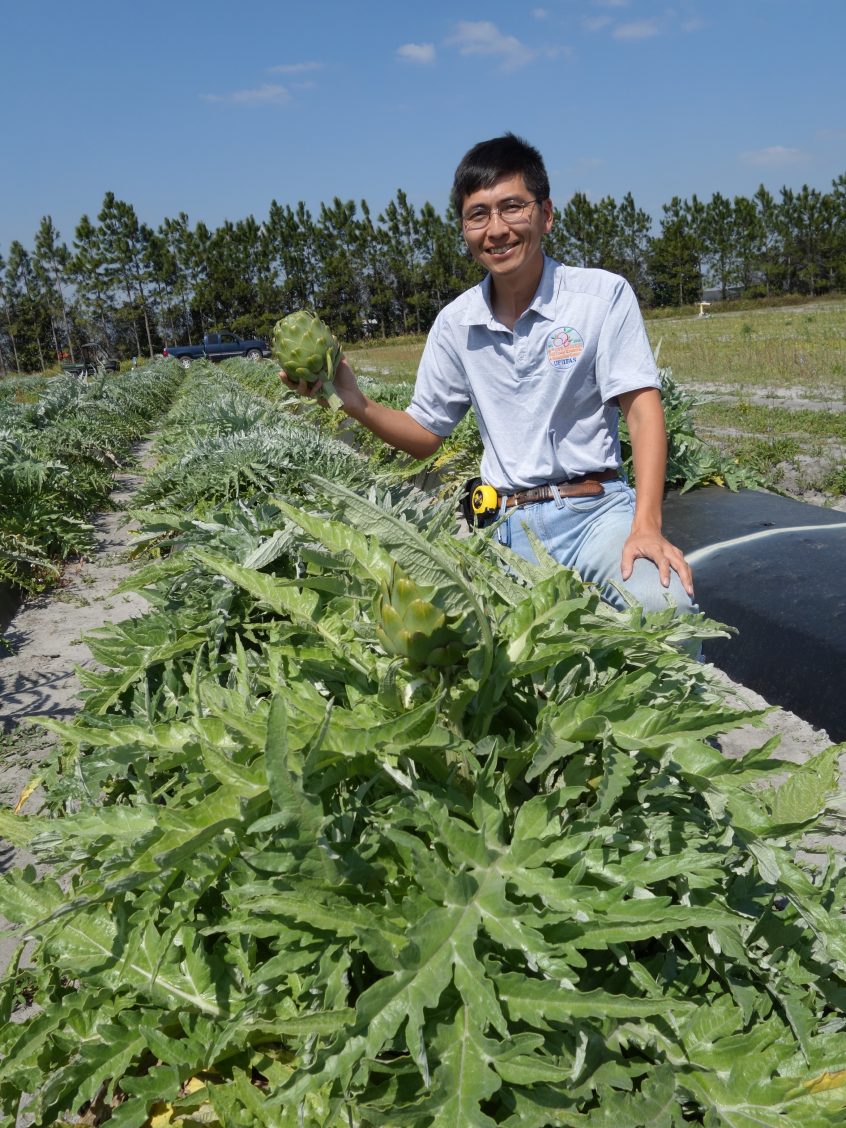 While California grows 99 percent of the nation’s artichokes, the edible plant high in antioxidants might get a chance to grow in the Sunshine State, if a University of Florida Institute of Food and Agricultural Sciences researcher gets good results from his field trials.

Artichokes flourish in a cool environment, so a warm winter might present an obstacle for Florida growers. Artichokes generally require at least 250 cumulative hours below 50 degrees for bud formation. Therefore, flowering must be artificially induced to produce artichokes in Florida.

Shinsuke Agehara, a UF/IFAS assistant professor of horticultural sciences, thinks he can overcome those barriers. Based at the Gulf Coast Research and Education Center in Balm, Florida, Agehara recently received a nearly $90,000 federal grant to study how to establish an artichoke system for Florida growers.

Agehara tried to grow artichokes in fields at the Gulf Coast REC last winter. To overcome the chilling requirements of artichokes, he treated young plants with gibberellic acid, a plant hormone that can induce the expression of the same genes activated by cold weather. This treatment artificially induced bud formation and produced beautiful artichoke buds in early spring. He’s going to continue to study this hormone treatment and other management practices to improve the productivity of artichokes this winter.

Agehara is interested in trying to help Florida farmers grow artichokes because small growers want alternative crops that are attractive and profitable. The retail price of an artichoke can be up to $5, and each plant can produce several buds, he said. Thus, the production value of artichokes is very high.

Additionally, consumers like artichokes because they’re high in antioxidants and nutrients, including folate, dietary fiber and vitamins C and K.