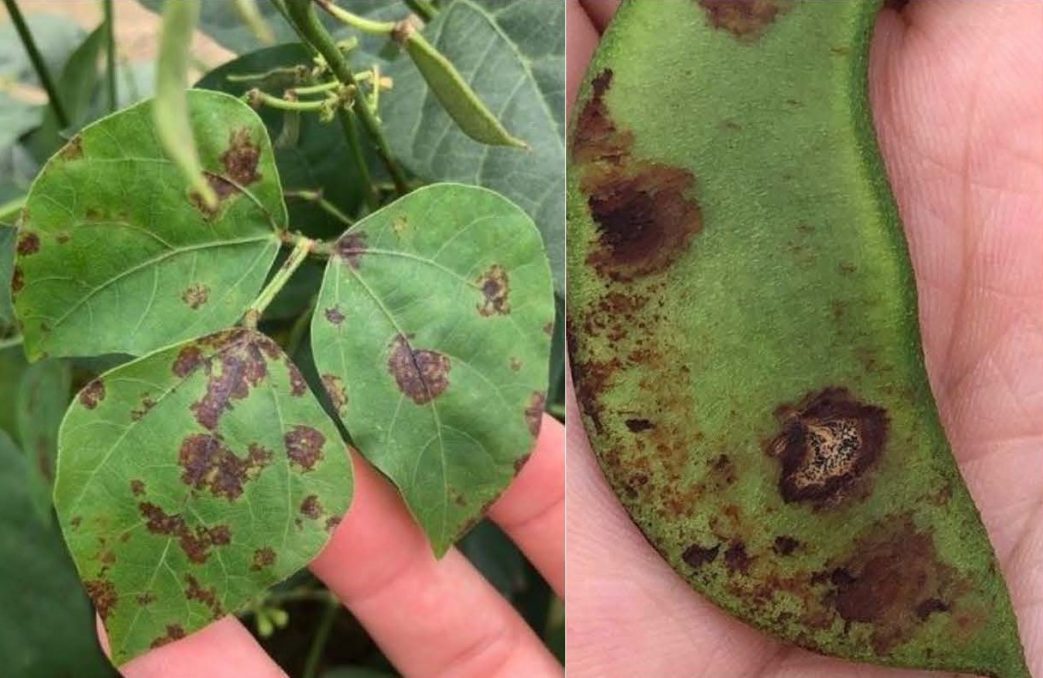 Anthracnose disease has been reported on lima bean in the Pee Dee region of South Carolina, according to The South Carolina Grower.

Persistent rainfall in the area helped spread the disease throughout the field. The lima bean anthracnose fungus, Colletotrichum truncatum, produces typical Colletotrichum spores in round gooey masses with black hairs. This gives the spore masses a black color.

The fungus also infects seeds. Diseased seeds possess discolored areas or small dots. In a pod with symptoms, one or more of the seeds can be diseased. It is important that growers do not save seeds from pods infected with anthracnose, because the infected seeds can reintroduce the fungus when they are planted.

The fungus can also survive in crop debris for between two to three years. During that crop rotation period, do not plant lima bean, snap bean, lentil, soybean or peanut. Southern pea is not commonly affected. In addition, do not use sunnhemp (Crotalaria juncea) as a cover crop.

Fewer fungicides are registered on lima beans than on snap beans. Note that in Table 3-4 in the 2022 Southeast Vegetable Crop Handbook (pgs. 212-214), there is a separate section for lima bean fungicides. The recommended fungicide, azoxystrobin + propiconazole (FRAC 3 + 11), is sold as Quilt Xcel or Aframe Plus. Only three applications can be made per crop, even if a lower rate is used. To protect pods from anthracnose, make the first application either when symptoms are seen on leaves before flowering or at flowering. Rotate with a thiophanate-methyl (FRAC 1) product, such as Topsin M, to extend the spray program.