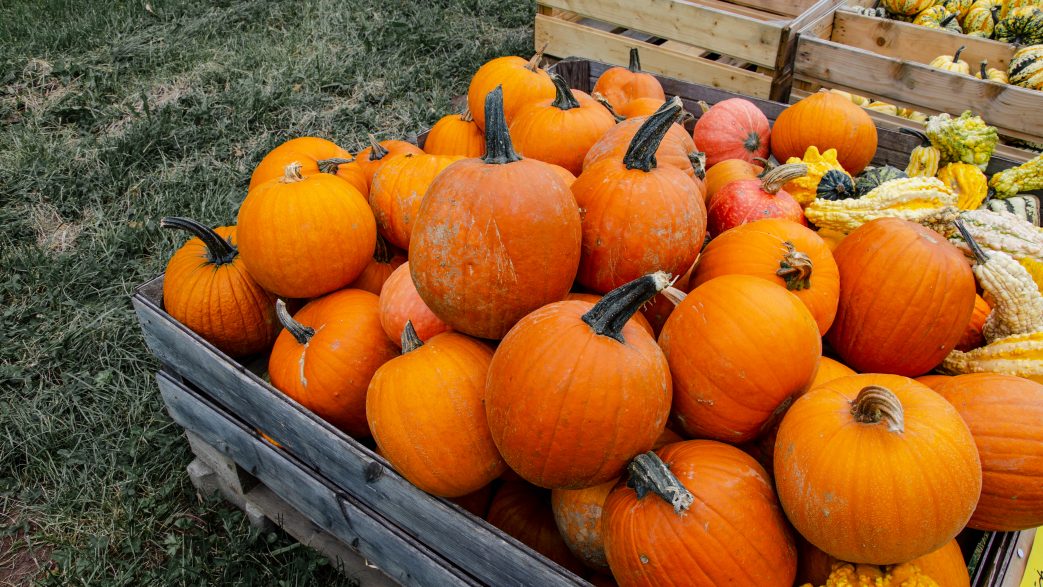 The hint of fall in the air and the calendar turning to September means pumpkins are growing across Alabama. But producers need to be wary of certain diseases that can be detrimental to the pumpkin growing season, says Joe Kemble, Alabama Extension vegetable specialist.

“We do have a lot of pumpkins coming in. I was walking around a large patch (the other day). I would say, if you’re a pumpkin grower, with these frequent rain showers we’re getting, make sure you scout for downy mildew as well as anthracnose,” Kemble said. “Downy mildew can be devastating on pumpkins. It requires conventional fungicides, and the fungicides have to be out there to protect the crop before the disease develops. There really aren’t any fungicides that are curative.”

Cucurbit crops — like cucumbers, melons, squashes and pumpkins — are susceptible to downy mildew. The disease can destroy plant foliage and cause the leaves to curl and die. Without healthy leaves and vines, a plant is vulnerable to blisters and sunscald during hot days.

Growers need to be aware of what downy mildew symptoms look like and the damage it can inflict on vegetable crops. The pathogen thrives in wet, humid conditions and needs moisture on the surface of the plant for successful spore germination and further infection.

“Downy mildew, I believe has been found in every county in Alabama. It’s devastating on cucurbits in general,” Kemble said. “It is a specific species on pumpkins. Just because you have it on your pumpkins doesn’t necessarily mean you’re going to have it on your cucumbers next to it. However, that’s a pretty good indicator that conditions are right for development of those diseases.”