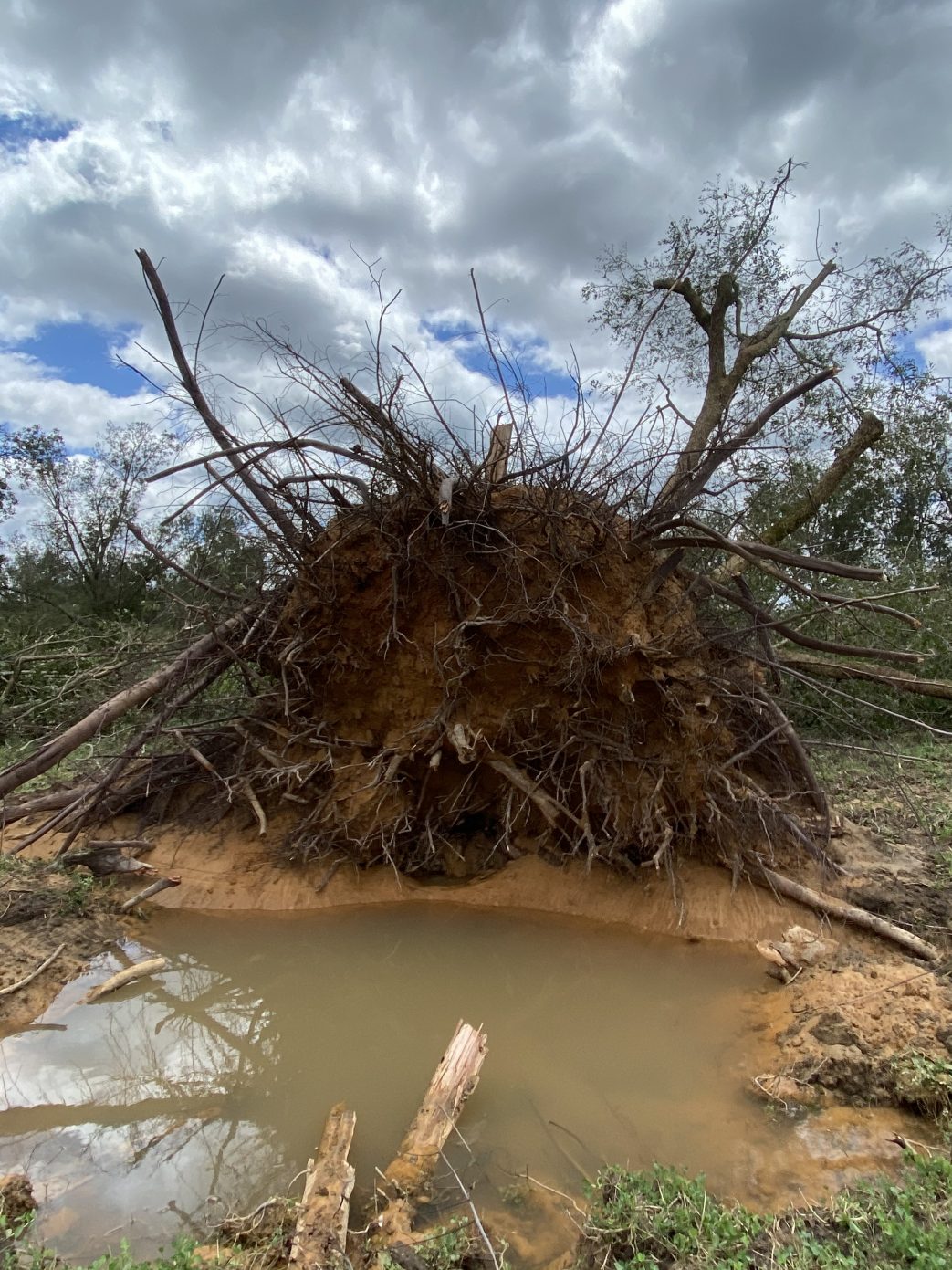 Hurricanes wreaked havoc on agricultural production this summer and fall. Unfortunately, pecan producers were not immune to nature’s fury.

Just ask Alabama farmer Adam Bertolla. He lost ¾ of this year’s crop as a result of Hurricane Sally in mid-September. He also lost 250 trees or a third of his pecan operation.

“It killed me, because I lost over a third of my trees and these trees are over 90-year-old trees. People say, ‘You going to replant.’ I say, ‘Hell no, I’m not going to replant,’” said Bertolla, referring to Hurricane Sally that made landfall in Alabama on Sept. 16. “No. 1, there’s going to be some more storms come; No. 2, I’m too old, even though I’m in my early 50s. There’s just not any use in doing it. That’s what hurt me the worst is losing my trees.”

What’s Left for This Year?

“You talk about a 90-year-old tree, he’s a man now. Then you’ve got all of that stuff to clean up. We cleaned up the orchard without running over no more than we could. It looks like a guestimate of what I saved was probably a little less than a fourth. We probably lost three-fourths of my crop due to that much rain. In one orchard, they floated off and went down the river. They’ll float.”

Bertolla estimates that he lost 250 trees. It can’t be understated how massive a loss it is considering the age of these trees and the yields they can potentially produce every year.

“That’s a third of what I’m never going to have again. The other trees can’t make up for it,” Bertolla said. “My grandpa was a pretty young man when he planted those trees. It just makes you sick when see all of that. We’ve had storms and we’ve lost 50 and 100 here and yonder through the years but the (orchard) is really open now. There’s a lot of big gaps out there.”

Eye of the Storm

Bertolla’s pecan trees are located about 30 miles north of Gulf Shores, Alabama, which was in Sally’s direct path when she finally made landfall as a Category 2 Hurricane. The slow-moving storm that featured winds over 100 mph and torrential flooding overpowered massive pecan trees. It was a sight to see and left destruction that Bertolla was still picking up the pieces from this week.

“If you’ve never seen a big pecan tree uprooted it’s something to see how big the roots are and how it was trying to do everything it could to hold onto the dirt but it just couldn’t. It was just too saturated that it couldn’t hold on any longer,” he added.