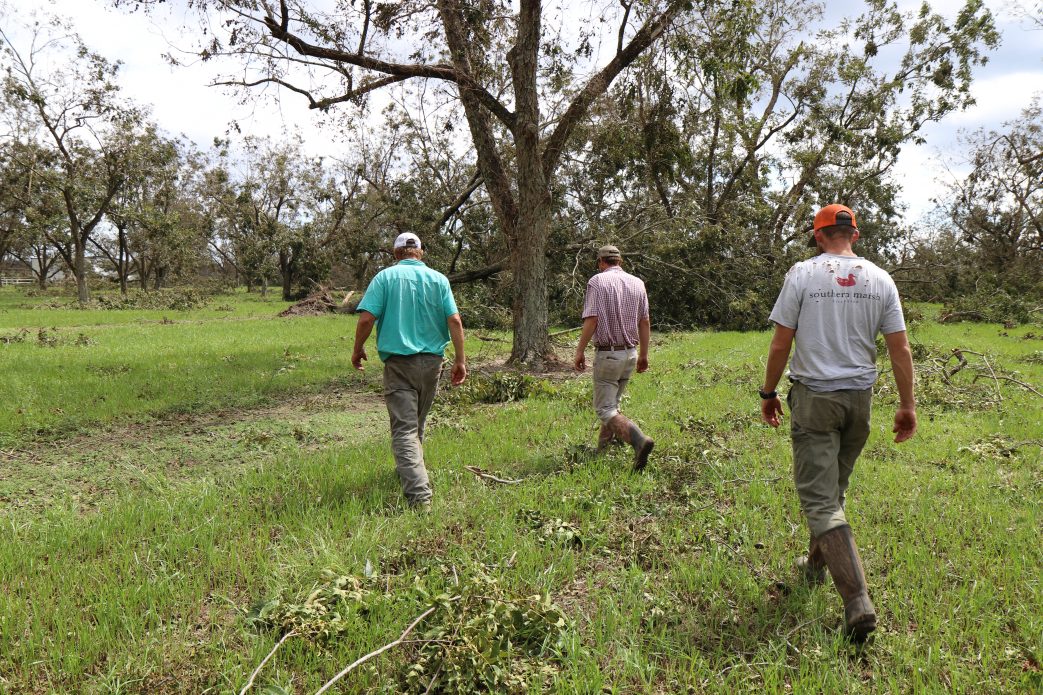 Not a day goes by that Alabama Extension Research Associate Bryan Wilkins doesn’t think about the impact two hurricanes had on his area’s pecan crop in 2020.

“I think about it every day. Personally, cleaning up around my house, I’m still cleaning up dang mess around my house. I only had a few oak trees down around me. But then I go out to these farms where I’ve been doing research, the plots that I had research on, there ain’t nothing there now,” said Wilkins. “It’s a big wide-open spot in some of them. That’s going to alter how I’m doing things this year.”

What was projected to be 3.5 million pounds in Baldwin and Mobile Counties was reduced to nothing following Hurricane Sally in September and Hurricane Zeta in October.

“When you’re sitting there and you’ve got a block of 300 or 400 90-year-old trees gone down, and everybody and their brother’s trying to rent equipment, it just takes time to get to it,” Wilkins added. “It’s still a shock. You look here where I work on Auburn’s Gulf Coast Research and Extension Center, I’ve got one whole block of tree that’s just a big empty space right in the middle of it.

“We’re learning new ways to do things. We’re adapting, these guys here, they’re resilient. They’ve been dealing with this, most of them their whole lives; Camille, Frederick, Danny, George, Ivan, Katrina, Opal and now this. These guys are resilient. It’s disheartening when it happens. Some of them are still a little bit disheartened.”

While some producers were adamant they were not going to replant, it appears that is not the case for all growers.

“I’ve talked with some of them. At one time, a lot of them were like, ‘No, I’m done. I’m not doing this anymore.’ But now that, I’m not going to say the shock’s worn off, but they’ve kind of had time to sit back and regroup, I know there’s a lot of them that are replanting, at least going back and filling in the skips where they had blocks taken out or whatever,” Wilkins said.