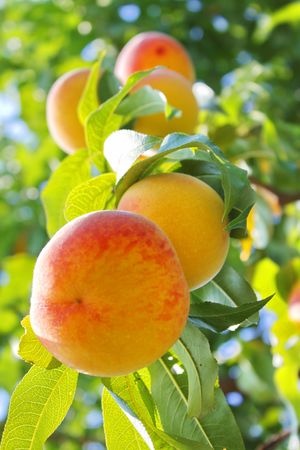 Chill hours remain an integral part of a peach producer’s hope for a successful year. If the current numbers are any indication, Alabama growers could be in line for a productive season.

During a webinar last week, Edgar Vinson, assistant research professor and Extension specialist in the Department of Horticulture at Auburn University, said there was 737 chill hours or 38 chill portions recorded at the Chilton Regional Research and Extension Center. He was confident that the chill hours will continue to rise heading into February.

“Over the next several days or weeks we should have enough opportunity for chilling accumulation so that we can have enough chilling to satisfy most of the varieties that we grow,” Vinson said.

He said 43 degrees Fahrenheit is the optimal temperature for when chill accumulation will occur.

There are multiple ways that producers can manage chilling. The first thing is to do your research before planting. Growers need to plant peach varieties that fall in line with the historical chilling accumulation for their areas. Areas in north Alabama are going to receive more chill than south Alabama.

“You don’t want to plant varieties that have too high a chill requirement or too low. Too high, you threaten not to have enough to sufficiently eliminate dormancy. Too low, then you could break dormancy too early and be subject to late-season frost,” Vinson said.

While this year’s cooler winter has contributed to more chill accumulation potential, that hasn’t always been the case.

“In our area, we’re experiencing a lot of warming trends each winter. Winters are becoming increasingly warmer. It’s becoming more and more difficult to accumulate chilling. With these varieties that have a high chill requirement, they’re vulnerable to not having enough chilling,” Vinson said.