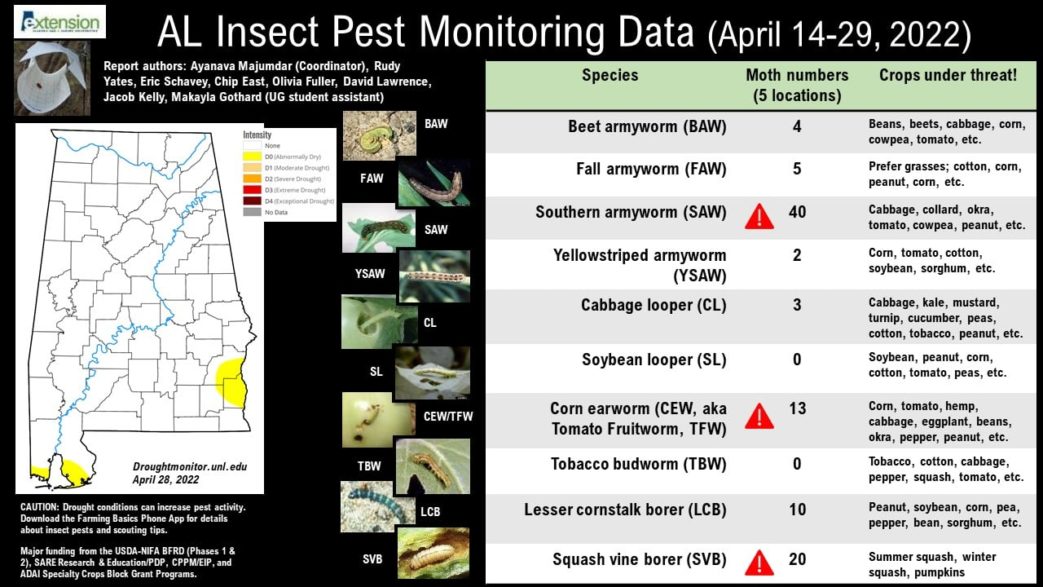 According to the Alabama Insect Pest Monitoring data generated from April 14 to April 29, there were 40 southern armyworm moths at five locations across the state, compared to five farm armyworms and four beet armyworms.

Southern armyworm caterpillars feed on various vegetable crops in southeast and southwest Alabama. The crops that are under the most threat of attack are cabbage, collard, okra and tomato.

It is essential that producers control them when the larvae are small and clustered.

Fall armyworm moth activity is high in southeast Alabama but low in east-central Alabama. Its first activity will be in hay/pasture and turfgrass before moths move to row crops and specialty crops.

Squash vine borer activity is also high in areas with a history of cucurbit crop production. It is particularly harmful in organic and certified naturally growing farms. Summer squash, winter squash and pumpkins are under the most threat.