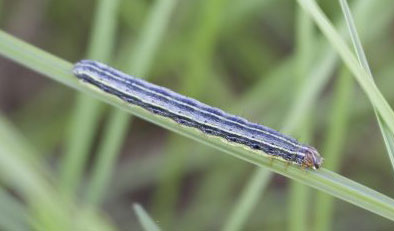 As temperatures and dry conditions continue to increase across Alabama, so are insect infestations. According to the Alabama Insect Pest Monitoring Report, as of May 28, moth numbers were up for multiple insects, especially when compared to this time last year.

Fall armyworm caterpillars are dark with a Y-shaped mark on their head and four spots at the tail end. Southern armyworm moth activity is high in the southern and central parts of the state. Its caterpillars have a red head capsule and dark body.

Squash vine borer moths should be laying eggs at the bottom of the plants.

Though there weren’t as many reported as this time last year, there were still a great number of lesser cornstalk borers. There were 374 moths, compared to 466 in 2020.

Insect activity should remain high amid the dry conditions. It is important to scout crops regularly.