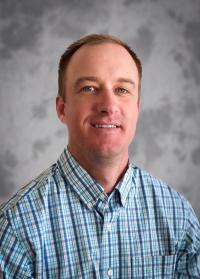 Like other areas in the Southeast, central Alabama was not immune to the impact felt from a saturated summer. According to David Lawrence, regional Extension agent for commercial horticulture in middle Alabama, the wet weather led to disease issues in multiple crops.

“We saw a lot of bacterial spot on peaches this year, a lot more than normal. I attribute that a lot to the wet weather we had in the spring,” said Lawrence, who covers Autauga County, Bibb County, Chilton County, Elmore County, Jefferson County, Lowndes County, Montgomery County, Shelby County and St. Clair County.

Cucurbit crops — like cucumbers, melons, squashes and pumpkins — are susceptible to downy mildew, which thrives in wet, humid conditions. It can destroy plant foliage and cause the leaves to curl and die. Fortunately, the region has dried up considerably, but the pathogen still lingers.

“We’ve dried out a little bit the last couple of weeks. We missed a bunch of rain they were calling for with that tropical storm (Ida) that came through. It’s wetter than it normally is, but it’s not as wet as we were earlier in the summer,” Lawrence said. “It was a pretty bad year for disease.”

Lawrence said apple production, which was decent this year, is starting to finish up. Peaches have already wound up for the season.

“The late peaches this year were real thin. We just didn’t set a good crop of late peaches. That’s why we ended up a little earlier than normal,” he added.