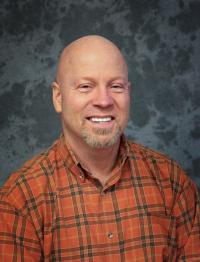 Alabama farmers interested in producing blueberries or any other containerized plant are encouraged to plant now, says Gary Gray. The Alabama Regional Extension Agent emphasizes the importance of keeping them watered, however.

“I do prefer now. If you’ve got containerized plants, plant them now and they’ll have a head start on spring. They’ll be ahead of the game, as opposed to, lets say you’re planting them in February or March,” said Gray, who also emphasizes the importance of plants being watered consistently, especially if there are prolonged dry conditions.

“In October, if we’re dry and we are right now, you’re going to need to keep them watered because we’re still hot and dry. Hopefully, it won’t be long and that’ll be a different situation.”

According to the US Drought Monitor, parts of Alabama are classified as “D0” or abnormally dry, including Choctaw County, Sumter County and Pickens County in the western part of the state; and Tuscaloosa County, Jefferson County and Walker County in the central part.

Gray said if growers wait until the spring to plant, they risk the plant succumbing to the hot temperatures when the young plants are in the early stage of production. He estimates that growers have a little more than a month left to plant this fall.

“Our soil temperatures are still warm. We’re not in the heat of summer, although we’ve got some pretty warm days right now. But getting into November for example, we’re usually past all that heat, but we still have warm soil temperatures,” Gray said.

“So, over the next six weeks, we will have some good planting time. Now, if I was planting blueberries, whether you plant them in the fall or spring for example, you definitely want to irrigate those especially in the first year, because they will die on you. A blueberry plant will dry out and die pretty quick. It’s very important to make sure you’ve got those irrigated, especially in that year of establishment.”