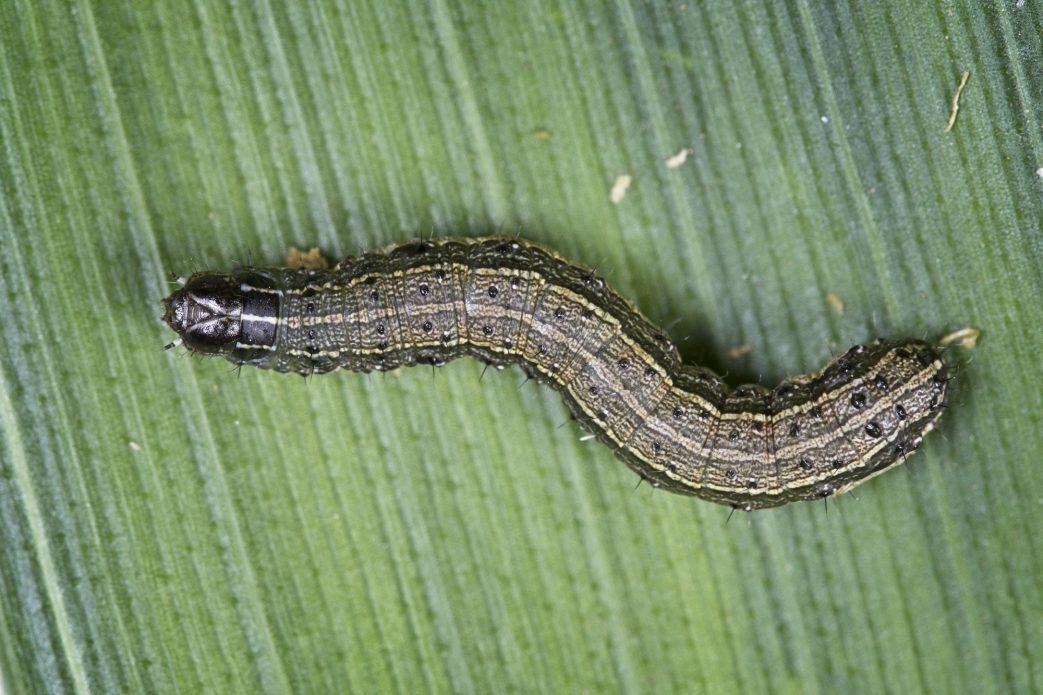 High infestations of fall armyworms may be a surprise to Alabama producers this summer, but they aren’t to Ayanava Majumdar, Extension Professor in Entomology and Plant Pathology at Auburn University.

“We had the trap numbers from the very beginning, and we knew this was coming,” Majumdar said.

According to the most recent Alabama Extension Pest Monitoring Report, there were 585 moth numbers collected in 19 different trap locations. That is way more than the 114 recorded this time last year.

“This year, armyworms have been very intense. We have five times more numbers and they keep on rising. They’re still moving into crop fields. They’re not done yet,” Majumdar said. “This is the beginning when we start seeing them in our vegetables. Then they are joined in by the tomato fruit worms, loopers. Then the beet armyworm is catching up.”

Environmental conditions favored the rise in infestations this summer. The persistent summer rains only exacerbated the problem, as growers could not get in the fields to scout. They didn’t realize there was a problem until it was too late.

“The fall (armyworm) just became very intense, probably because of the weather conditions and a lot of missed opportunities to scout. That’s why scouting is so important,” Majumdar said.

When it wasn’t too late and producers were able to make chemical applications, the treatments were rendered useless in a lot of instances because of the excessive rainfall.

“With all the rains, the controls are not working. If they’re using synthetic pyrethroids or any of the lighter organic products, it’s probably getting washed off. It’s a combination of lack of controls with the existing products, the environment,” he added.

Majumdar said infestations are going to continue to build since fall armyworms can experience 4 to 5 generations every year.