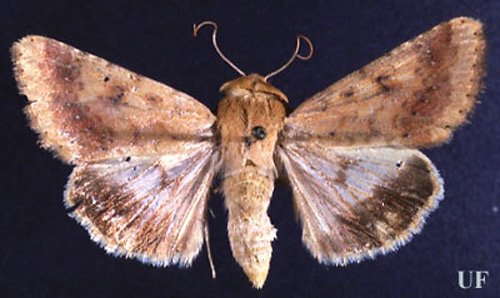 According to the Alabama Extension Commercial Horticulture Facebook page, insect pressure has increased significantly over the past two months. This was reported in 20 locations across Alabama, where moth counts from pheromone traps were collected.

For example, the beet armyworm moth numbers were 823 as of Aug. 15, a 1.2X increase from the 682 reported on July 31. Host plants include corn, cowpea, eggplant, pepper, tomato, cotton, peanut and soybean. The fall armyworm saw a 1.6X increase from 88 to 149 over that same timeframe. It prefers to feed on grasses then move to crops.

The southern armyworm also saw a 1.6X increase from 197 to 307. Moths are active throughout the year in Florida. Larvae have reddish brown head with white line on the body.

The moth most widespread right now is the lesser cornstalk borer. It increased from 4,000 on July 31 to 5,060 on Aug. 15. The squash vine borer, corn earworm, soybean looper and yellow striped armyworm experienced the largest increase of 2X each.

The squash vine borer increased from 152 to 311. It is worse on organic farms. The corn earworm feeds on corn, tomato and cotton.

The cabbage looper increased from 192 on July 31 to 286 on Aug. 15. Its host plants include sweet potatoes, beans, peas, squash, tomato and watermelons.