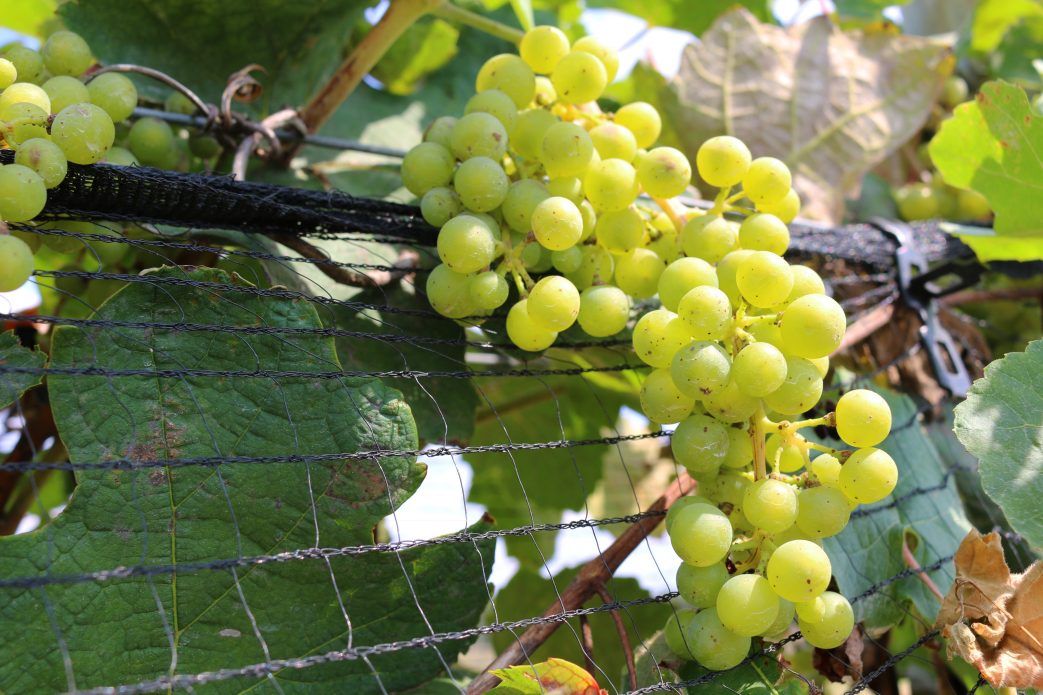 For many years, Alabama’s commercial grape producers have been limited to native muscadine, American and French-American hybrid bunch grape cultivars. The limited access is due to heavy bacterial disease pressure that suffocates most European grapes cultivated in the Southeast. However, game-changing new cultivars are set to release for commercial production in early 2020.

Pierce’s Disease (PD) is a crippling disease affecting grape production in the United States, especially in warm, southern regions. At present, there is no known cure for PD.

A new development from Andy Walker, a grape breeder at UC Davis, will make PD-resistant grape varieties available for commercial cultivation in Alabama. The new European (Vitis vinifera) grape selections are expected to produce high-quality yield in regions with PD pressure where Vitis vinifera production was previously not a viable option.

Elina Coneva, an Alabama Extension fruit crops specialist, has been at the forefront of research on the PD-resistant varieties in Alabama. Coneva and her team have been cultivating and evaluating three PD-resistant predominantly European grape selections at the Chilton Research and Experiment Station since 2010.

“Our results are very promising,” Coneva said. “The newly developed PD-resistant European grape progeny have the potential to greatly impact the fruit industry in Alabama and the Southeast by providing new specialty fruit crops to the market.”

Coneva said the new varieties will also broaden the window of economic opportunities for small- and medium-sized family farms in the state and the southeastern region, while boosting existing industries such as agritourism.

Aside from determining viability in Alabama growing conditions, Coneva said the study has allowed her team to develop proper management techniques in a given set of environmental conditions.

“Intense management and records by the team at the Chilton Research and Experiment Station have allowed us to develop guidelines that farmers will use when the PD-resistant V. vinifera cultivars become available — hopefully during spring or summer 2020,” she said.

As part of the development of best management practices for V. vinifera grapes, Coneva has been able to study and implement the proper European grapevine training techniques. European grapevines are trained differently than traditional muscadine vines.

Researchers established an experimental vineyard at the Sand Mountain Research and Extension Center near Crossville, Alabama in 2007. There, researchers study ten PD-tolerant American and French-American hybrid bunch grape cultivars. Results have indicated several cultivars that may be suitable for commercial production in Alabama and the Southeast.