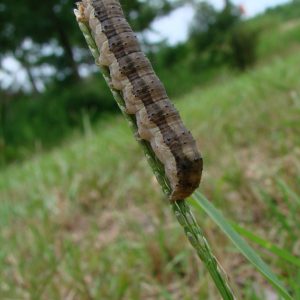 It’s the calm before the storm for sweet corn producers in Alabama. The cool temperatures have suppressed much of the insect population so far in the growing season. However, that’s likely to change soon, says Katelyn Kesheimer, Auburn University Assistant Professor and Extension Specialist

“I did hear about some fall armyworms starting early this year. We may be in for an interesting pest year. We’re already a little slow on stinkbugs. I don’t really know what’s going to happen,” Kesheimer said. “(But) sweet corn is up and doing well, especially in southern Alabama. I imagine we’ll get to a time when corn earworm moths are flying and wreaking havoc. We haven’t gotten their yet.

“I was on a farm the other day and said this is the calm before the storm. Right now, it’s been kind of calm. I think we had that late freeze which may have knocked some stuff back. It sounds like fall armyworms are going to make an early appearance this year from some of our traps, and I know some folks in Louisiana were already treating sugarcane for fall armyworm.”

Fall armyworms can also attack a variety of other plants, including turfgrasses but prefer well-maintained bermudagrasses. According to Alabama Extension, the caterpillars damage grass by chewing plant tissue.