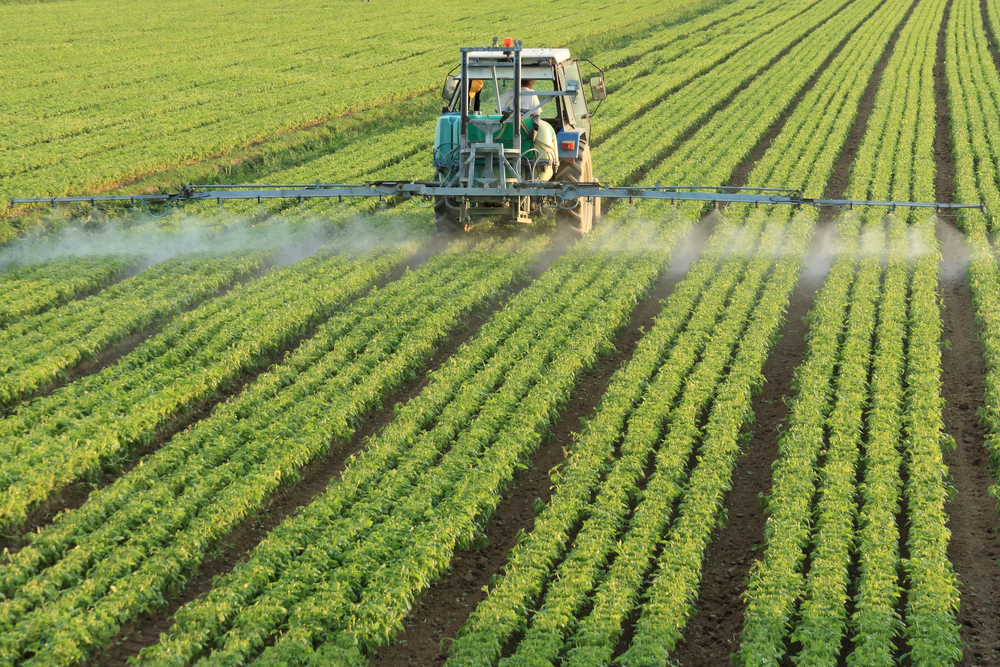 Agricultural acres have dropped dramatically over the last 100 years throughout the Southeast. According to stacker.com, Georgia and Alabama were two of the top four states to see their farm land decrease the most.

Based on numbers from the United States Department of Agriculture National Agricultural Statistics Service, Alabama, ranked No. 4 in decreased acres, had 256,099 farms in 1920 with 19.6 million farming acres. In 2019, the number of farms dropped to 38,800 with 8.3 million acres total.

Adam Rabinowitz, Auburn University Assistant Professor and Extension economist, is not surprised about the significant drop in agricultural acres but believes yields have improved with increased productivity and efficiency.

“A combination of things have happened. Certainly, land has been taken out of agriculture and moved into housing developments or built up in terms of other commercial uses,” Rabinowitz said. “The fact that we’ve become more productive in the land that we do use, though, yields have increased considerably over that period of time. So while we may be farming less acres, the output has increased substantially on those areas that we are farming.

“It would not surprise me to say that considerable amount of acres have been lost.”

Additional acres could be lost soon if consumers don’t respond to the American Grown initiative.

Farmers like Bill Brim in Georgia contend that if consumers don’t realize the importance of buying Georgia Grown and American Grown, the constant imports from Mexico, for example, are going to put a lot of farmers out of business. That’s why trade hearings were held so farmers and industry leaders could voice their concerns about the urgent need for federal action regarding unfair trade.

The lack of farming land available throughout the Southeast may only be amplified when more farmers retire and no successor in line to take their place. According to USDA NASS, the average age of a farmer in 2017 was 57.5 years old, up 1.2 years from 2012.

“Farm age continues to increase, the average age of the farmer. Succession planning is an issue in terms of transitioning to younger generations who now have more options than just staying on the farm. As a result, you do have a lot of folks who are leaving the farm for college, for other careers, going other places,” Rabinowitz said. “You have that shift there and there is a big concern of what’s going to happen when this older generation right now gets ready to move on. Is that going to further contract the number of acres that are in agriculture?”

According to USDA NASS, producers also tend to be experienced, having been on their farm an average of 21.3 years. Beginning farmers is extremely rare, considering how expensive it is to acquire land to farm on and equipment to use throughout the growing season

“There are a lot of barriers to new farmers coming into agriculture. Acquiring land, whether it be ownership of land, buying the land or even renting the land can be very challenging for a new or beginning farmer. Even beyond land, when we talk about machinery, especially in southern Alabama and southern Georgia with cotton and peanuts as being one of the primary crops in this area, the machinery equipment needs are unique to those crops,” Rabinowitz said. “You need some stuff for your corn that you’re going to put into rotation with your other crops and you need for your cotton and peanuts, you have special pickers and planters and such. It provides again a significant barrier to new entry.

“That said there are programs that do exist to help beginning farmers and new farmers. There are loans through FSA. There are farm credit programs that exist to help provide special terms and assistance. Certainly through the land grant institutions and Extension, there a number of beginning farmer programs in every state to help provide those resources and assistance from a technical standpoint of getting started in agriculture.”