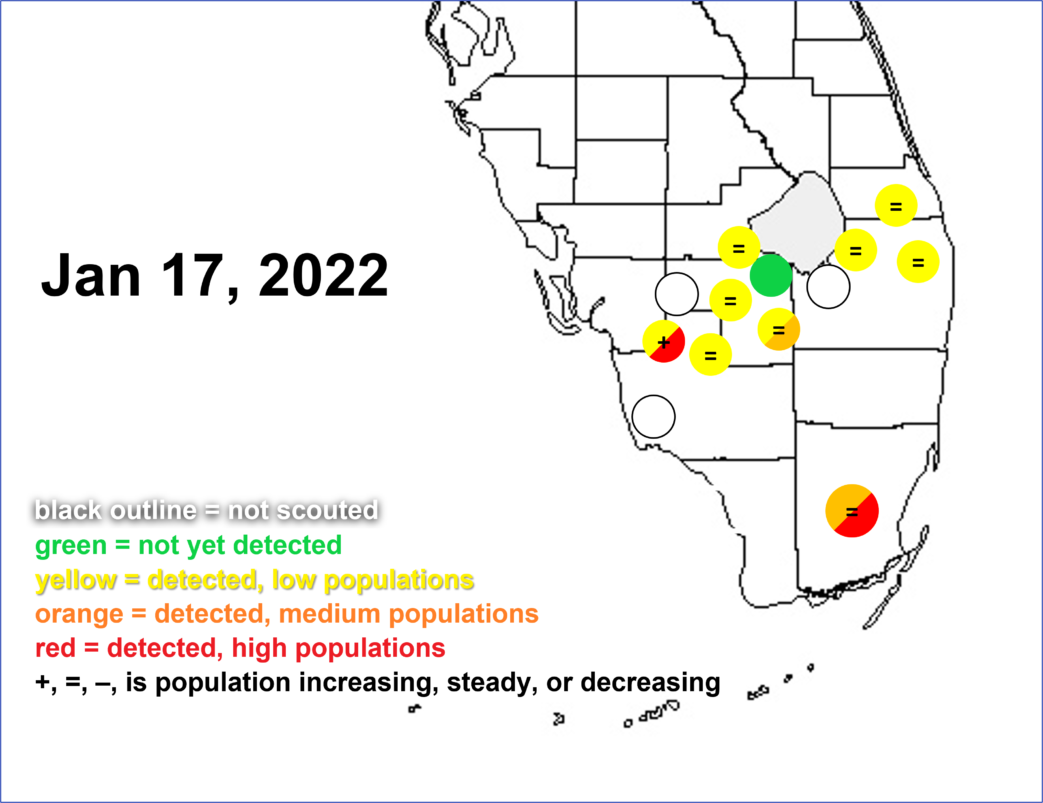 A new hotspot of Asian bean thrips (ABT) populations was reported this week along the Lee County/Collier County line in Florida, according to the University of Florida Institute of Food and Agricultural Sciences.

Scouts indicated a population of 0.5 ABT per bloom was observed in one planting with pods forming and some flowers remaining. Another planting experienced 2.4 ABT per bloom just after full bloom. This infestation was the highest instance of ABT reported outside of Homestead, Florida this season.

Reports remain consistent across the rest of South Florida. There were between 0.0 and 0.1 ABT per bloom in southeastern Hendry County. ABT continues between 2 and 3 per 100 blooms in central Hendry County.

Only 1 to 3 ABT were reported in Pahokee, Florida. Populations were not reported in other Palm Beach County locations or in southern Martin County or in East Immokalee. This indicates that populations are below thresholds.

UF/IFAS does not recommend insecticide use until populations reach 1.0 ABT per bloom.