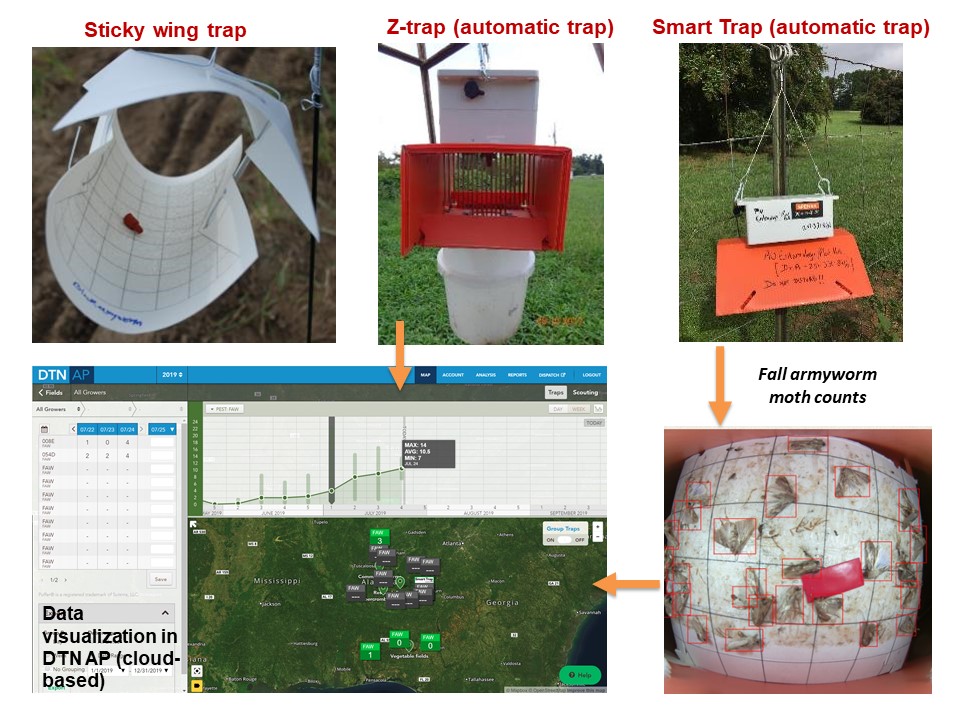 All insect management usually begins with some sort of monitoring technique. Traditionally, growers have used sticky wing traps or bucket traps. But, according to Ayanava Majumdar, entomologist with the Alabama Cooperative Extension system, there are insect-monitoring technologies that could be helpful to growers.

Majumdar says that there are two automated insect traps on the market right now that he has been testing in Alabama. One of them, called Z-Trap, zaps insects that come into it and has a counter on the inside. “When the insects come to the trap, it detects that pest and sends the data to a phone app that records the count,” Majumdar explains.

Z-Traps have been tested in Alabama for about three years, and Majumdar says they’ve produced some good results. He adds that the downside he’s seen with these traps is that during hurricanes Michael and Irma, any debris that flew into the traps was counted. So, he encourages growers to be checking the traps regularly.

Smart Trap is another automated insect trap on the market. Not only does the Smart Trap count the insects, but it also photographs them and sends everything to a phone app. “It’s a big leap in the insect-monitoring world,” Majumdar says.

The one disadvantage he has seen with the Smart Trap is the sticky base needs to be changed out about every week.

Majumdar discussed some additional findings after testing the traps in Alabama. Listen to his full comments: