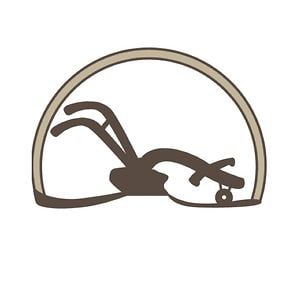 “Agriculture touches the lives of every Floridian and plays a monumental role in our economy and culture. The efforts of our Agriculture Hall of Fame inductees educate the public on the importance of agriculture and inspire our future ranchers and farmers,” said Commissioner Fried. “It’s an honor to recognize the outstanding leadership and contributions of those hard at work improving Florida’s second-largest industry. Their undeniable commitment exemplifies the excellence of Florida agriculture.”

Hugh Fred Dietrich III has been actively engaged in Florida’s agricultural industry in a variety of capacities throughout his life: a lifelong cattle rancher, an agricultural educator and an auctioneer. The family-owned Flying D Ranch is known for its champion cattle, herd management and land stewardship. Thirty years as a vocational agriculture/animal science instructor in Orange County has provided a multitude of opportunities to influence multiple generations and to help students achieve significant milestones of their own. Dietrich also served as an auctioneer/ring man at thousands of auctions, including youth livestock events.

John L. Jackson’s professional career spanned more than five decades serving Florida’s agricultural industry, including 38 years as a county Extension agent for the University of Florida Institute of Food and Agricultural Sciences (UF/IFAS) in Central Florida. He founded two weather alert systems, Weather Watch and the Florida Automated Weather Network, to inform producers of the latest forecasts and assist them with protection efforts during freeze and other weather events. He was also instrumental in encouraging citrus producers to use reclaimed water for irrigation and establishing the Mid Florida Citrus Foundation as the research arm of the effort.

Jackson’s other noteworthy accomplishments include the establishment of an annual equipment operator’s school, now known as Farm Safety Day; the Central Florida 4-H Citrus Project, which over a 20-year period engaged more than 2,000 middle and high school students in agriculture; successful revitalization of the Florida Citrus Hall of Fame; and other innovations such as the initiation of grower meetings for citrus producers and the promotion of integrating technology into agricultural operations.

Robert “Robbie” Roberson has owned and managed successful nursery operations for the ornamental plant industry for more than 40 years. He was a founding member of the Florida Foliage Association and later an active leader with the Florida Nursery, Growers and Landscape Association (FNGLA). He played a pivotal role in the creation of the UF/IFAS Mid-Florida Research and Education Center, including leading efforts to secure more than $14 million in funding for the consolidation of research centers throughout the region into one state-of-the-art facility.

Roberson is a previous inductee into the FNGLA Hall of Fame. He was a founding chair of the Apopka Foliage Festival and is engaged in several other community efforts. He is also well known for his advocacy work for the agricultural industry on the local, state and national levels and has served in leadership roles for the Florida Farm Bureau Federation and Farm Credit of Central Florida.

The Florida Agricultural Hall of Fame honors men and women who have made lasting contributions to agriculture and to mentoring of youth, who represent the future of agriculture in Florida.