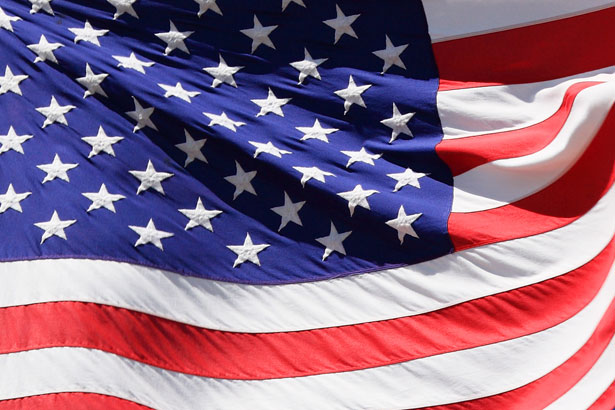 Florida: Some Success, but More Work to Be Done

Going into the 2019 Florida legislative session, there were plenty of unknowns. Not only did the House and Senate have new presiding officers and burgeoning freshman classes, there was a new governor and commissioner of agriculture who were each looking to have an impact on legislative issues affecting agriculture and the environment. A Category 5 hurricane — and a lack of federal attention to it — also made it difficult to predict how the session would turn out.

At the end of the day, this session ended up like many others: some issues were positive, some were negative, and most were a little bit of both.

HURRICANE RECOVERY
Like last year, much of this session was spent working to help farmers and ranchers recover from a major hurricane. While this year’s efforts were complicated by a lack of congressional action, the Legislature included important sales tax benefits for farmers impacted by Hurricane Michael in the tax package. The most helpful piece of that is a sales tax rebate program for materials used to repair or replace buildings and fences on farms. All materials purchased from the date of the storm until June 30 will be eligible for a sales tax rebate.

After the session, Governor DeSantis also authorized a $25 million bridge loan program that will benefit famers in the region.

Unfortunately, efforts to increase funding for the Florida Forest Service to support forest cleanup were unsuccessful. However, Florida Farm Bureau is continuing to work on efforts to support recovery for the timber industry.

CONSTITUTIONAL AMENDMENT REFORM
After an election year that saw 12 constitutional amendments on the ballot and a Constitution Revision Commission produce a myriad of confusing bundled proposals, the time was right for the Legislature to undertake some proposals to reform how Florida’s constitution is amended.

The Legislature passed a bill on the last day of session that furthers Farm Bureau’s policy supporting a more deliberative constitutional amendment process. This bill changes certain aspects of how citizen groups can get an amendment on the ballot. Anyone gathering voter signatures is now required to register with the state, and groups that hire those gathering voter signatures cannot pay them based on the number of signatures obtained. Ballot measures are also required to include language noting the initiative’s effect on the state budget and the estimated impact on the economy.

BUDGET ISSUES
When the House released its original budget, it reduced all of Fresh From Florida’s funding from general revenue. Had this result stood, this critical program would have been rendered basically useless. However, after hundreds of Florida Farm Bureau members sent messages to show support for the program, the chambers agreed to fund the program at its current level.

The major budget disappointment was that the Rural and Family Lands Protection Program received no funding this year.

HEMP
A bill strongly supported by Florida Commissioner of Agriculture Nikki Fried passed this session that creates the framework for establishing commercial hemp production in Florida.

The bill gives rulemaking authority to the Florida Department of Agriculture and Consumer Services to begin setting rules for industry licensing, quality-control standards and security procedures that will allow for the commercial production of hemp in the state. It also creates an advisory council and stipulates that the Florida Farm Bureau president can appoint a member.

The 2018 farm bill granted states the authority to begin the process of commercially producing hemp. Many see Florida as a good fit for the crop because of the state’s climate.

Ultimately, this session included several wins and some disappointments for agriculture. What is clear is that Florida continues to need a steady and strong voice for agriculture that is able to stand for good policy that benefits both producers and the state as a whole. Farmers need to be able to effectively adapt and change to operate in a culture and society that is largely unfamiliar with agriculture practices.

Florida Farm Bureau is necessary in the legislative process and drives policy with the weight of its grassroots membership and leaders. The organization relies heavily on its membership to keep agriculture at the forefront of discussion and decision-making.

Even with all the activity that was generated from the seeming chaos under the Gold Dome, the Georgia Agribusiness Council and its partners from other ag organizations were effective in protecting ag interests and advancing some of the agenda items that are important to members. Ag organizations reviewed and engaged in dozens of issues this year. Below are a few of the largest bills impacting agribusinesses in Georgia.

RIGHT TO FARM
The Right to Farm bill, HB 545, by Ag Chairman Tom McCall in the House and carried by Ag Chairman John Wilkinson in the Senate, sought to close loopholes in current law that trial attorneys have begun to use to file nuisance lawsuits at the expense of Georgia’s largest industry. The bill garnered strong support from members of the House, where it passed 107-58.

On the Senate side, language was added to the bill to address some environmental concerns by enhancing regulation on industrial byproduct disposal as well as clarifying when a farm actually commences operation. HB 545 was ultimately held up in the last days of the session but is still available for consideration in the 2020 session. It remains the largest priority for a strong coalition of agriculture groups.

RURAL BROADBAND
For several years, the Georgia General Assembly has been focusing on rural Georgia and how to spark economic growth in these areas of the state. The passage of SB 2 was one of the priorities of the General Assembly, as well as the Georgia Agribusiness Council. SB 2 sets up important provisions that allow electric membership corporations (EMCs) to start providing broadband services to rural areas of the state.

This bill provides statutory clarity for EMCs to provide these services or work with an affiliate and lease excess fiber capacity to third-party retail providers. A big feature of this bill allows for EMCs to seek grants and loans through the U.S. Department of Agriculture that are specifically designed for rural broadband. This bill also allows all existing EMC electric easements to be used for communications purposes.

HEMP PRODUCTION
The Georgia Hemp Farming Act sets the stage for hemp production in Georgia. Hemp processor permits will cost $25,000 annually, and processors will be required to have written agreements with farmers that will govern their business relationship. The bill requires that hemp growers will be issued an annual license, which will cost $50 per acre with a maximum fee set at $5,000 for the farmer.

In order to be considered for a license, a farmer must be a qualified agricultural producer that can meet the standard for a Georgia Agriculture Tax Exemption card in the state. Farmers must also pass a criminal background check and provide GPS coordinates of the field and greenhouses used for cultivation of hemp.

The Georgia Agribusiness Council is actively engaged in the legislative and regulatory arenas across the state. The organization’s main priority is to ensure that Georgia’s farms and agribusinesses remain protected 365 days a year.

Will Bentley is the president of the Georgia Agribusiness Council.

The Alabama legislative session was a busy one for the Alabama Agribusiness Council (AAC). Leigha Cauthen, AAC executive director, said it was a successful year for agriculture overall.

The 2019 session began rather unusually with a special session being called immediately after the regular session convened. The special session was called to review the Rebuild Alabama Act, a bill that addresses Alabama’s infrastructure. The bill raises the gas tax by 10 cents, which is the first increase since 1992. The money will be used to improve things like roads, bridges and the Port of Mobile.

“It was an unusual start to the session, but effective. The bill was passed and immediately signed by the governor,” Cauthen said.

When the regular session reconvened, legislators went to work, and some key pieces of legislation made it to the governor’s desk. One bill that Cauthen highlighted was SB66, which allows for a special permit to hunt deer and feral hogs by bait. The privilege permit will cost $15 for Alabama residents and $51 for nonresidents.

Rural broadband saw success during this year’s session as well. Two bills led by Rep. Randall Shedd and Sen. Clay Scofield related to the expansion of broadband accessibility became laws. Utility companies can now use existing infrastructure to deliver broadband to areas throughout the state.

Hemp has been a hot topic in the Southeast, including in Alabama. SB225, which made it to the governor, requires the Alabama Department of Agriculture to develop a plan to best monitor and regulate hemp production in the state.

Finally, Cauthen recognized HB518, which prevents any cell-cultured products from being labeled as meat. She commended the Alabama Cattlemen’s Association and the Alabama Poultry & Egg Association for helping push this bill forward.

Overall, Cauthen was pleased with how Alabama agriculture fared in the 2019 session. She recognized the department of agriculture and organizations who came together to advocate for farmers this year, as well as members of the state legislature who were champions for rural Alabama and agriculture.